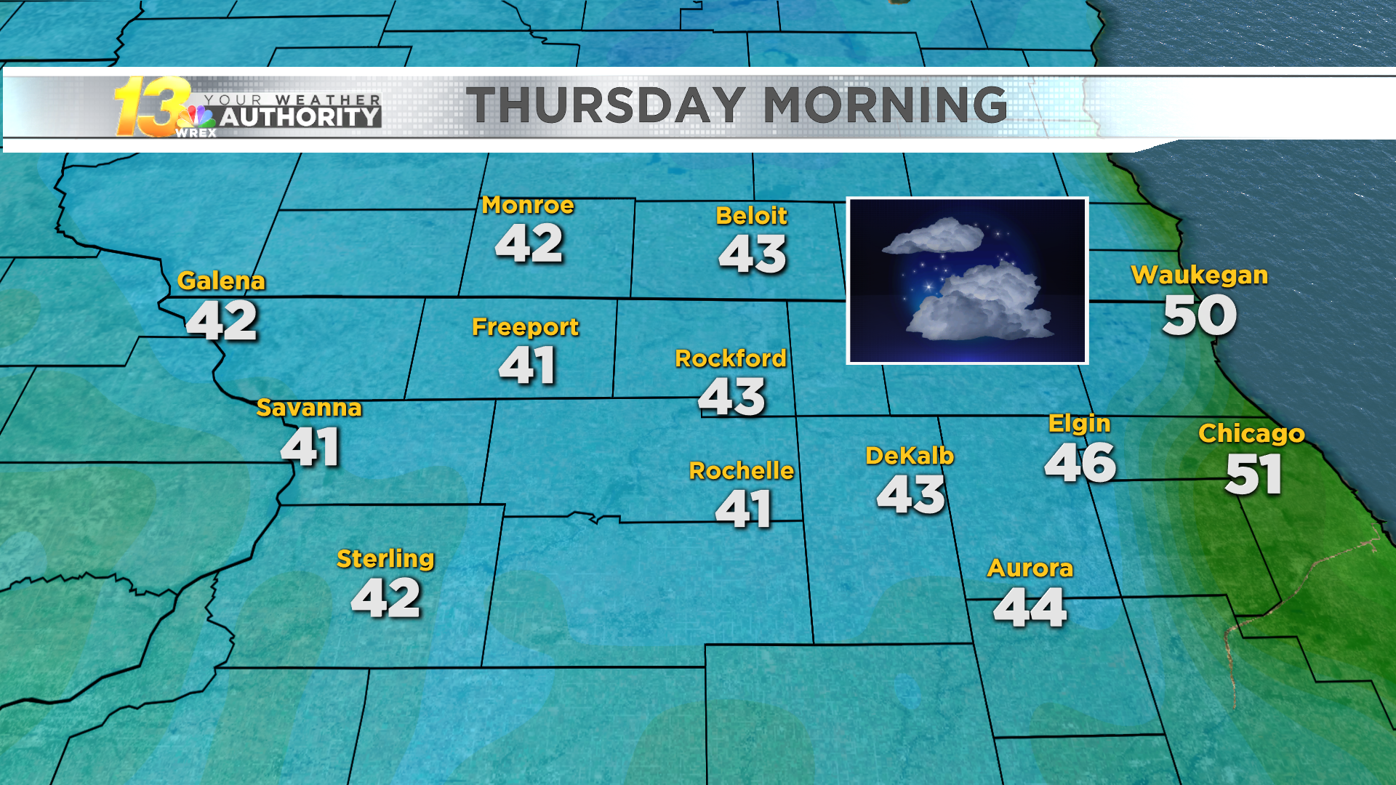 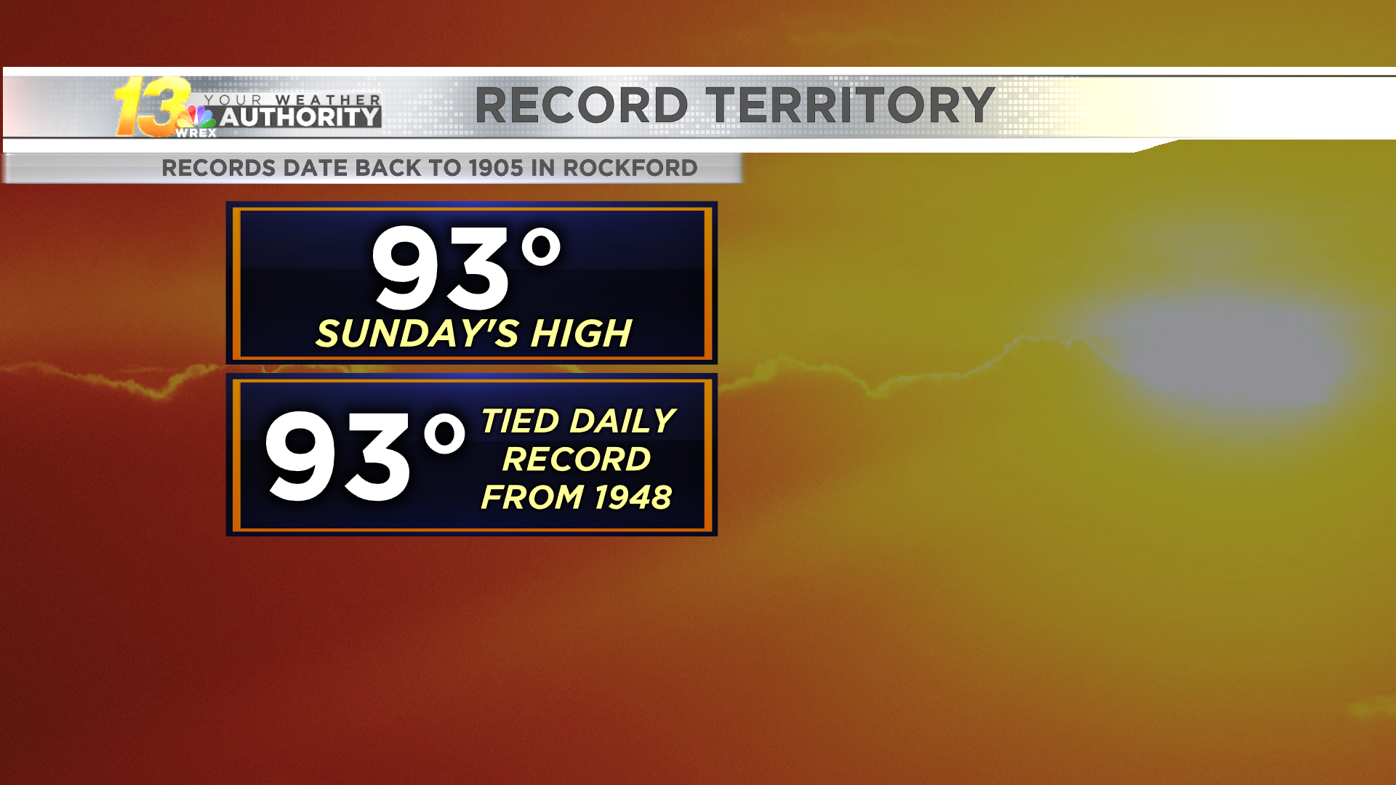 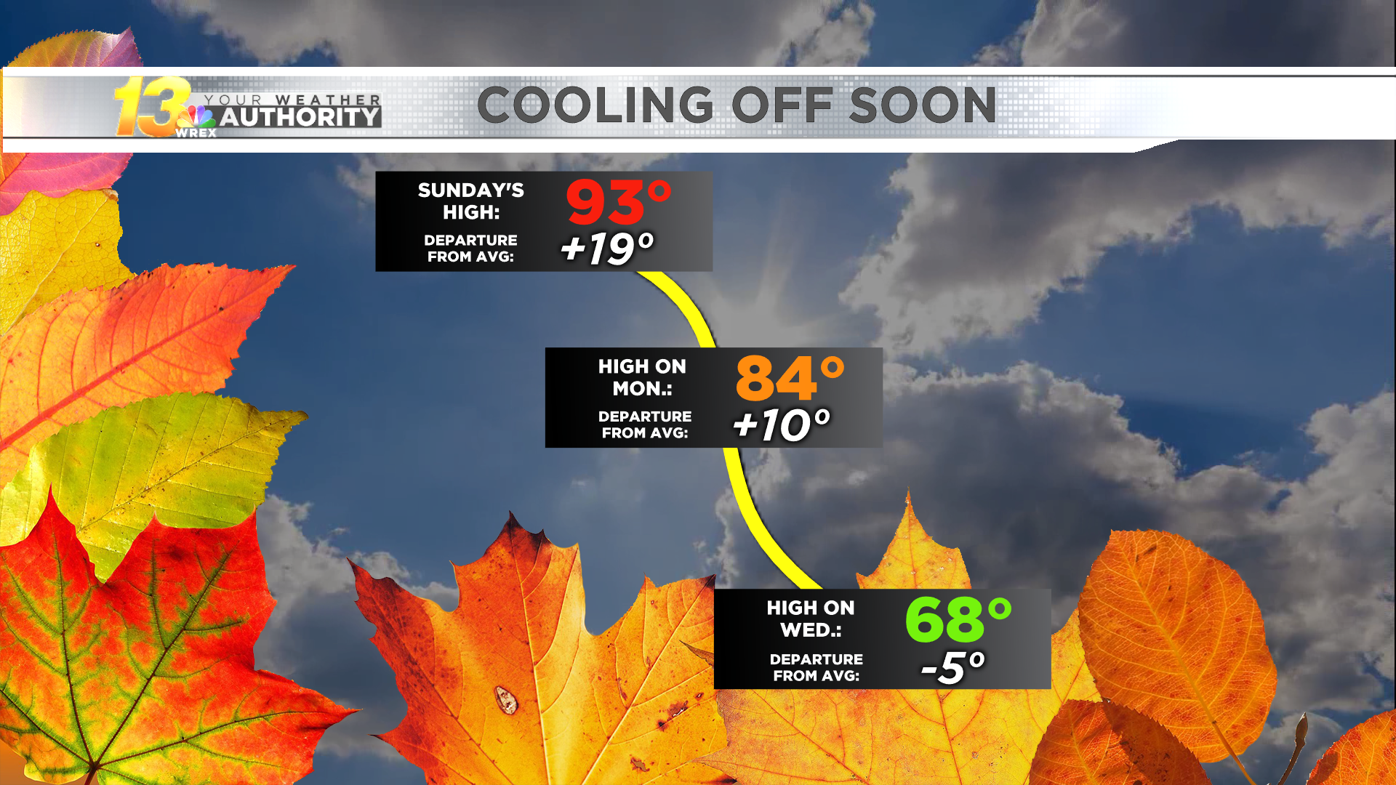 Temperatures dive into the 60s by Wednesday. 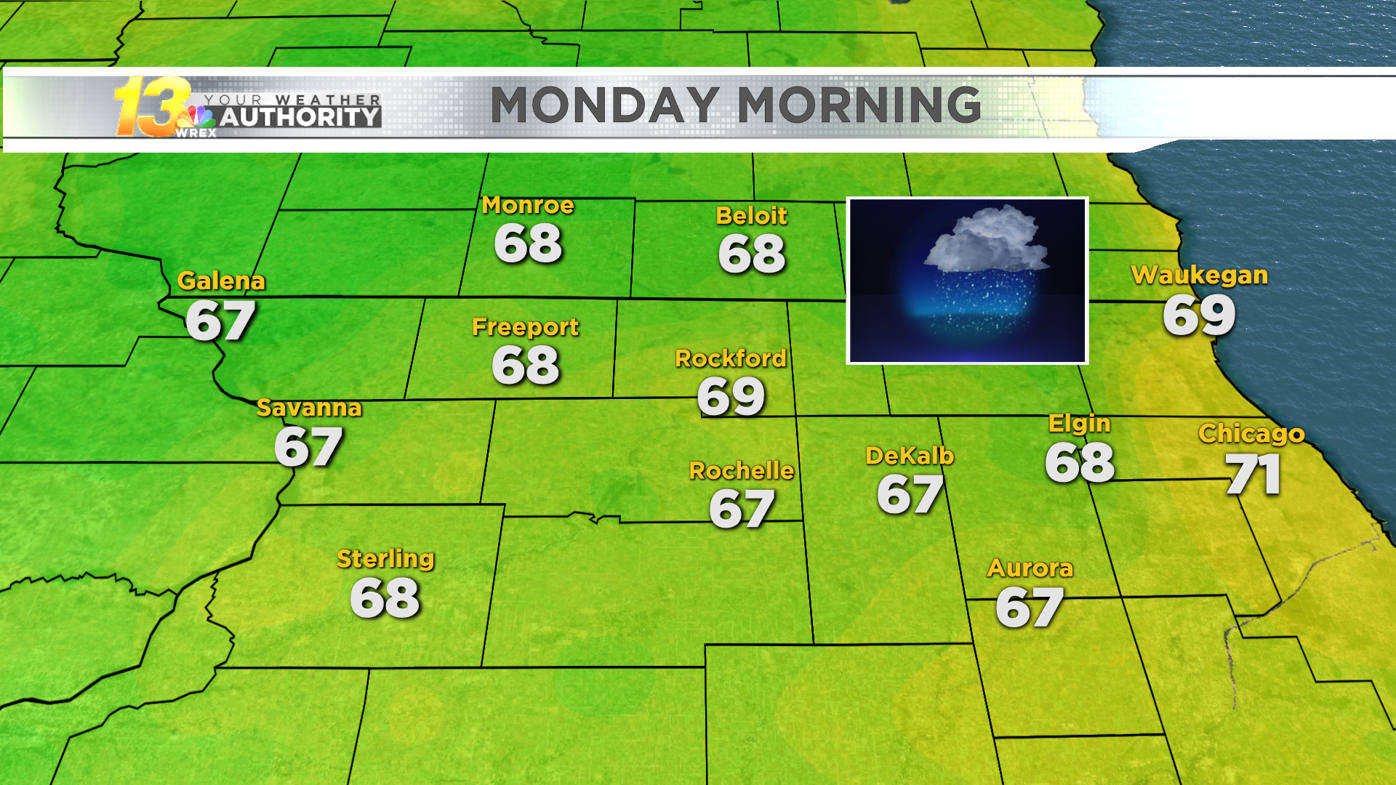 The switch from summer to fall takes place by the middle of the work week. 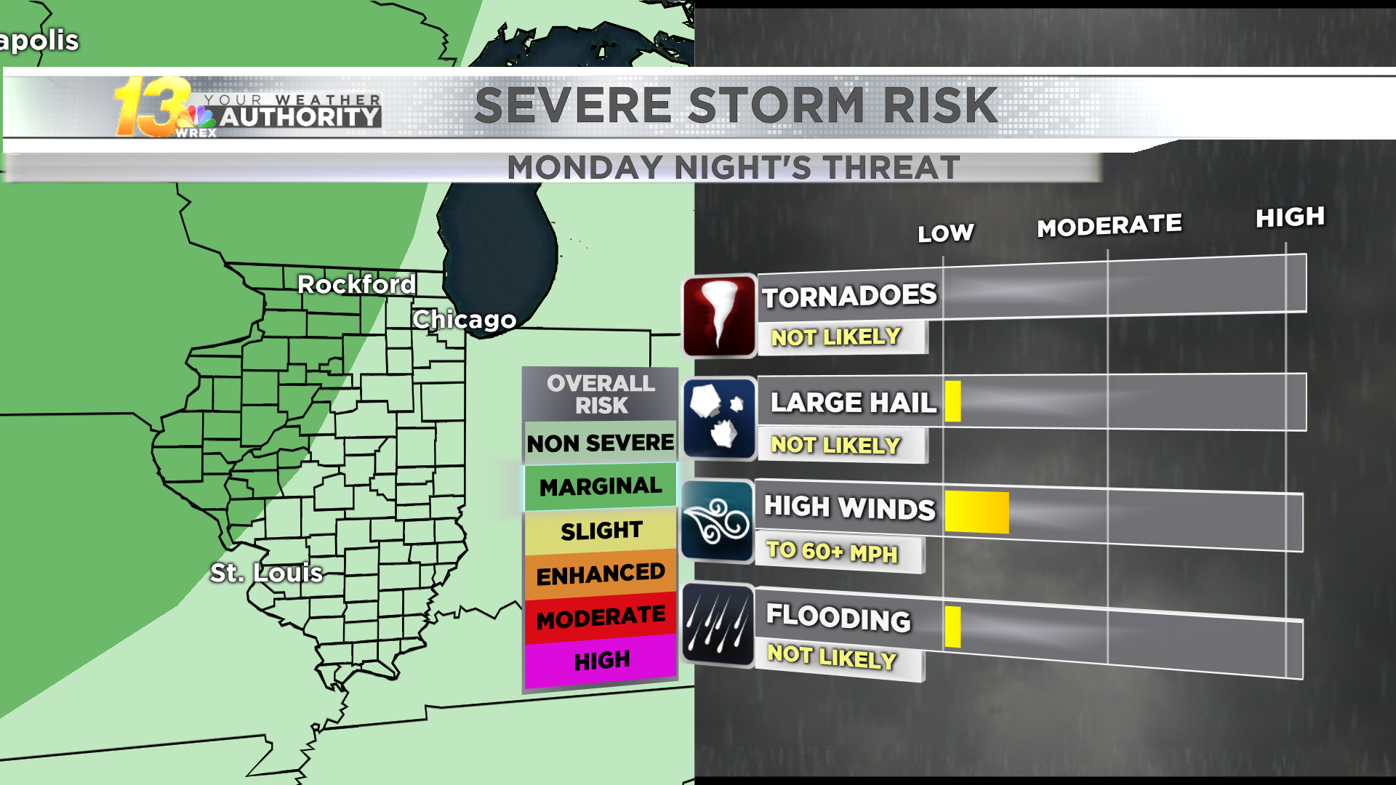 ROCKFORD (WREX) — A high of 93° in Rockford Sunday tied a 73-year-old record for September 19th. Record-tying heat is soon to give way to much cooler, more fall-like conditions.

The calendar may read September 19th, but it felt more typical of mid-July Sunday as highs topped out into the lower 90s. Sunday brought the last 90°+ high of at least the next ten days and potentially of 2021. Looking back through the record books for Rockford, the last day of highs at or above 90° occurred on October 9th, 2010. There is still time for a rogue 90° day to sneak in, but the window is certainly narrowing.

Cooler weather dominates the weather headlines by midweek, but Monday features more warm weather. High temperatures to kick off the work week manage to climb into the lower and middle 80s. The warmth comes in on a pretty stout southerly to southwesterly wind, which could gust to around 25 miles per hour at times.

The latter half of the work week brings slowly rebounding temperatures, with highs into the lower and middle 70s by next weekend.

Cooler weather tends to come with a price, and that is rain chances. Monday features the best chance for rain over the next ten days, so the "bump in the road" is a small one.

Monday morning brings the best chance for rain during the daylight hours. Will Monday morning's commute be a washout? Absolutely not, but spotty showers likely will dot the radar. Monday's evening commute features generally drier conditions, with a mix of clouds and sunshine likely.

Eyes then turn toward the approaching cold front Monday night. This brings a line of thunderstorms through the Stateline late Monday into early Tuesday, possibly while folks are asleep. Widespread severe weather is not expected, but one or two storms could bring damaging wind gusts. For this reason, the Storm Prediction Center has much of Northern Illinois under a "marginal" risk for severe storms. On the 1 to 5 severe scale, a "marginal" risk is a 1.

By midday Tuesday, rain chances wrap up and skies should slowly begin to clear. Mother Nature brings in the cooler and quieter weather just in time for the start of astronomical fall on Wednesday. Enjoy!

Warmer and drier weather end by the mid-week

The Enhanced Fujita Scale: How tornado assessments have evolved

Sunny skies for Friday, rain to return by Sunday