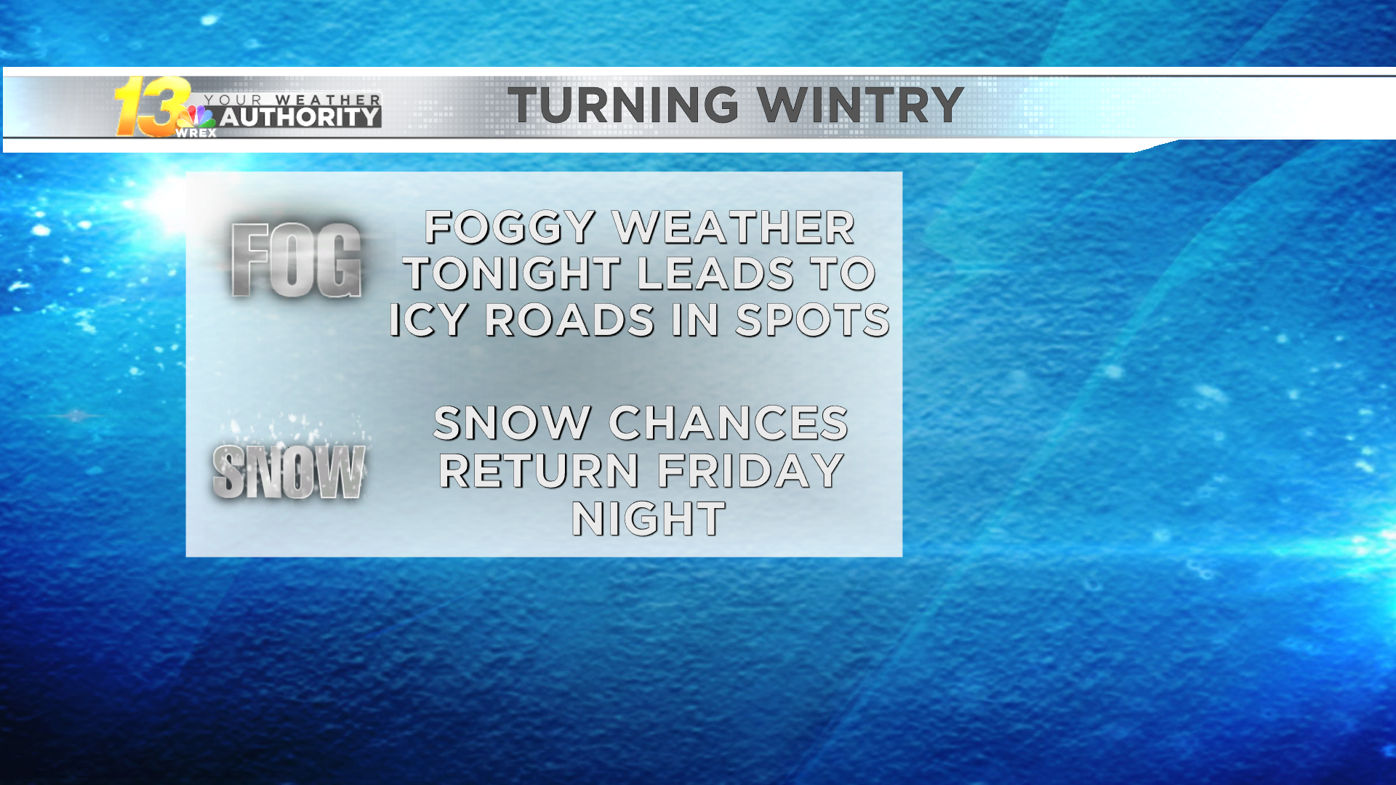 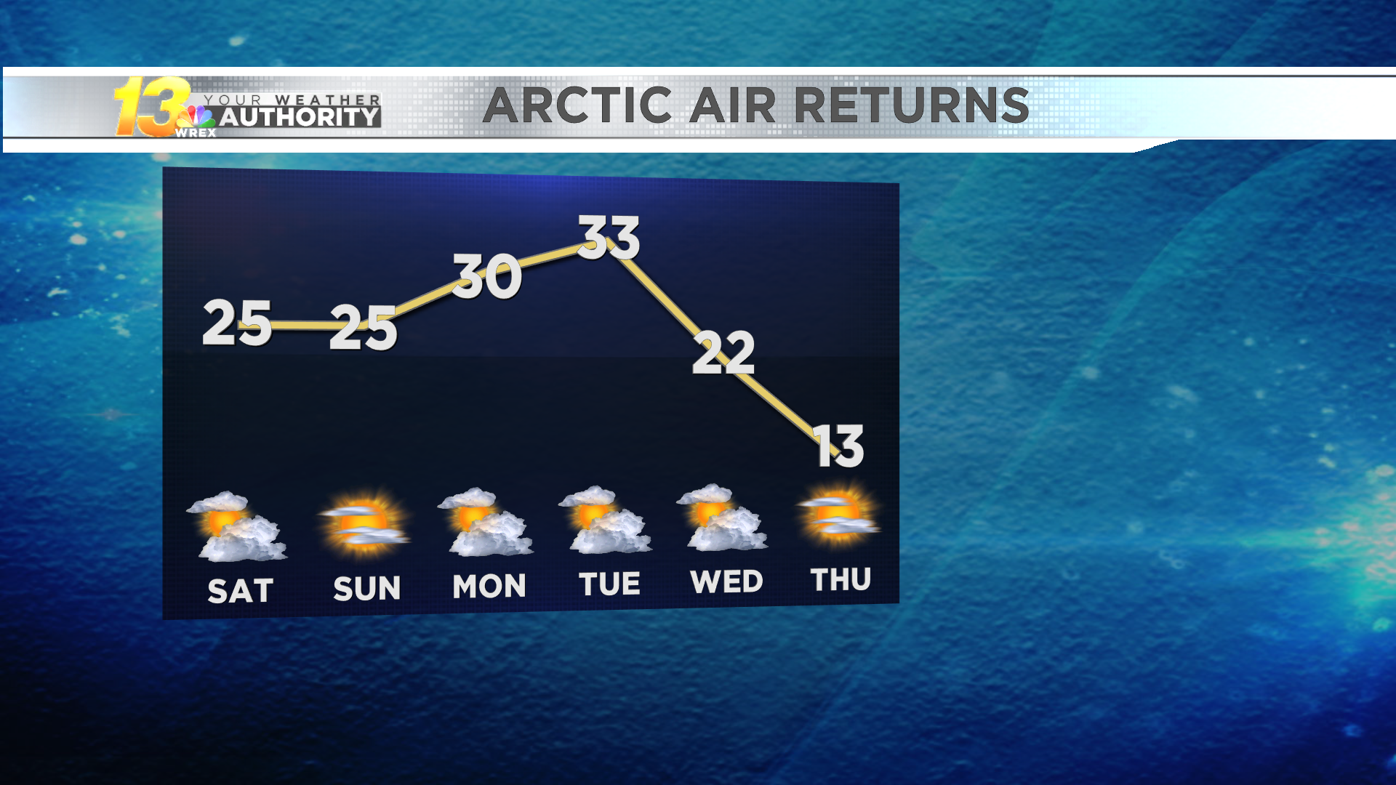 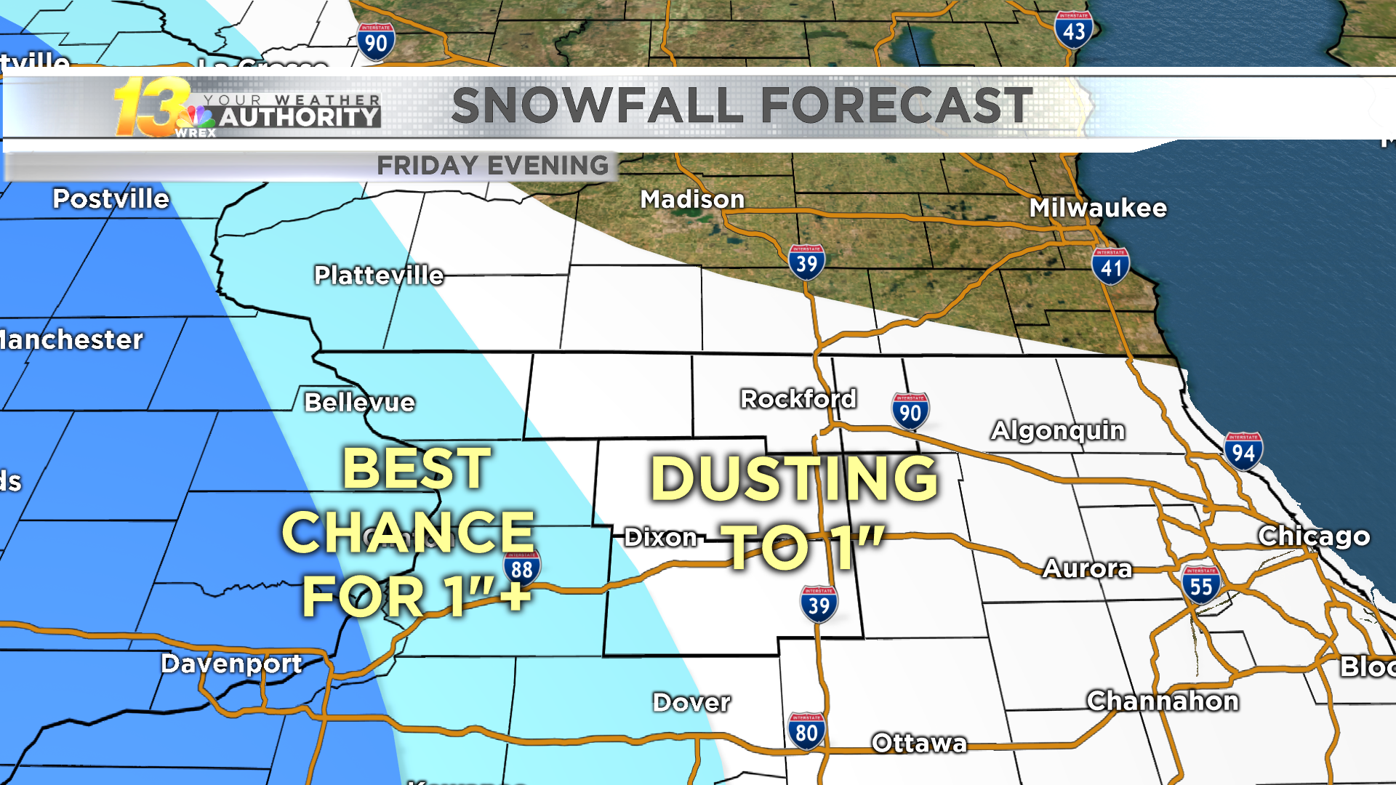 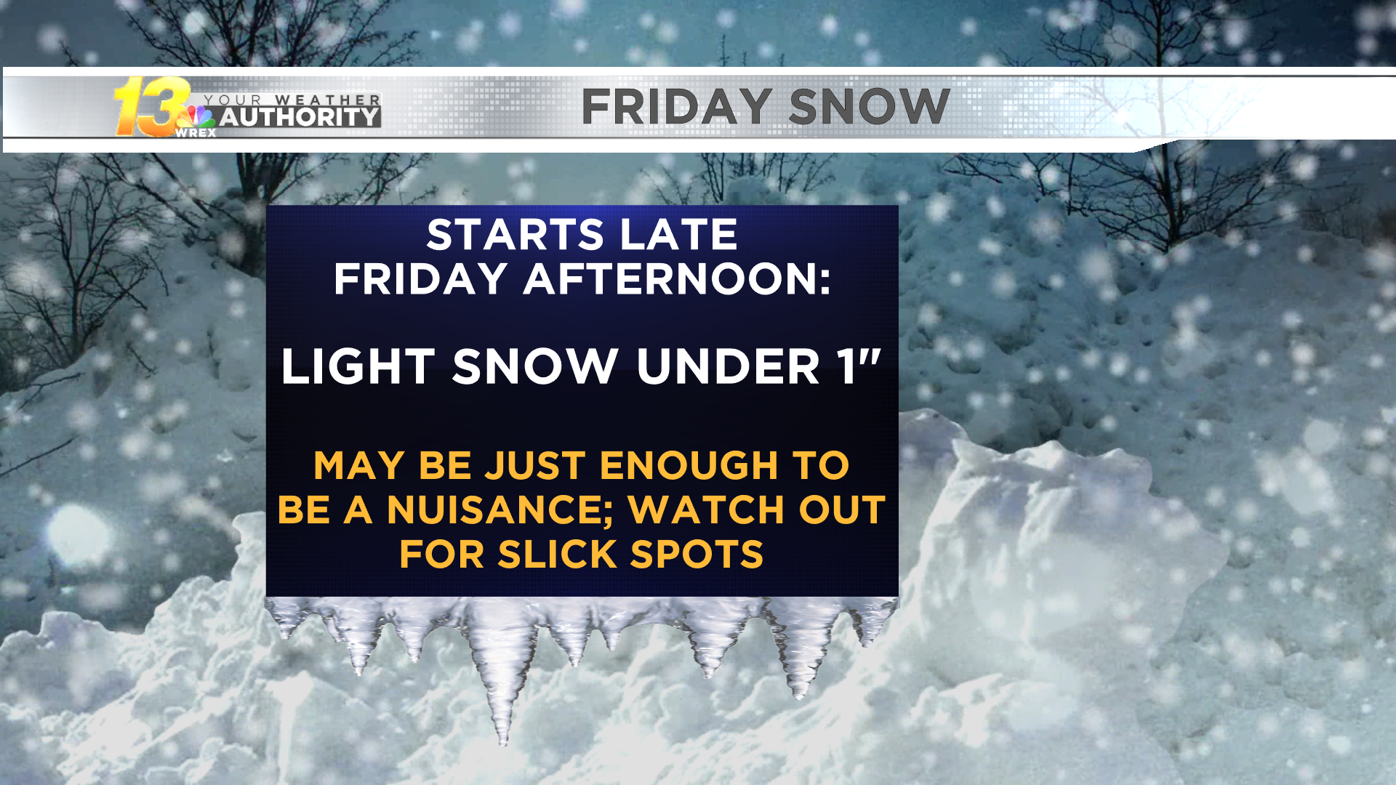 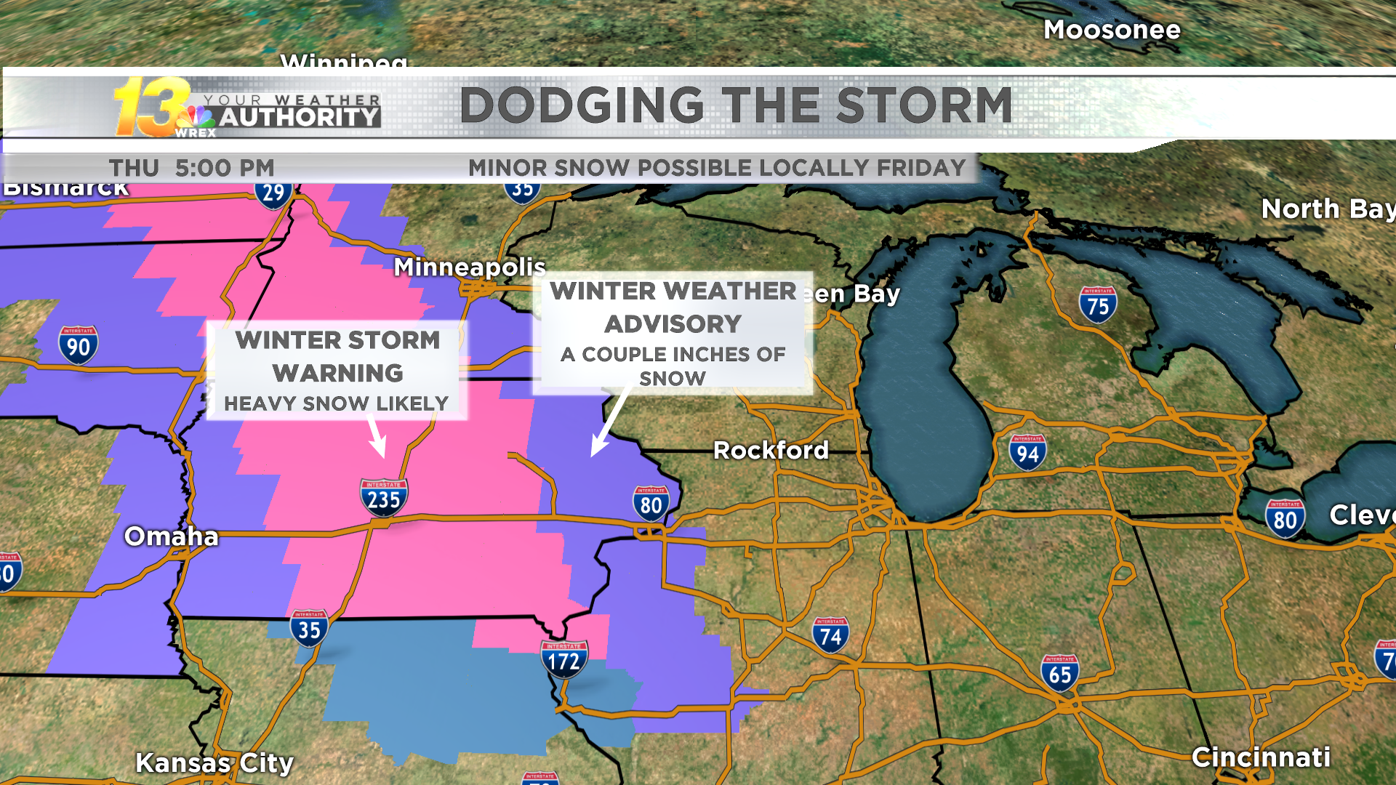 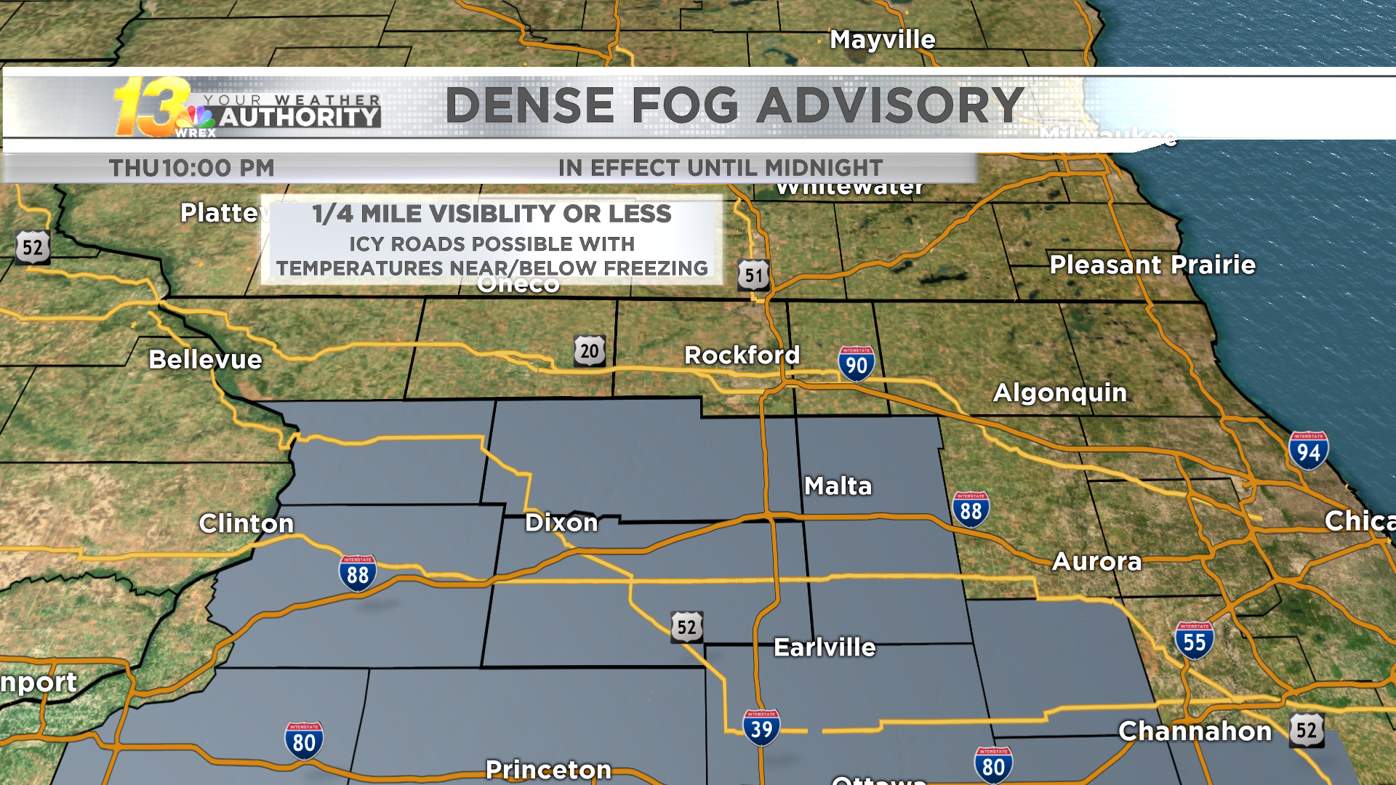 Dense fog refused to clear in spots throughout the day and remains a hazard tonight. Ogle, DeKalb, and Lee counties are primarily affected, and are under a Dense Fog Advisory until 4 am. After 4 am, the fog slowly clears out. In the meantime, watch out for visibility under 1/4 mile at times. This makes it very hard-to-see down the roads. On top of that, the fog may freeze to the roads, creating icy stretches. Be extra careful driving around tonight.

After 3 days in a row in the 40s, the weather cools back off to the upper 20s Friday afternoon. The cooldown comes as clouds and breezy northeast winds kick in ahead of a winter storm hitting the Midwest.

The storm primarily hits Iowa and Missouri, though the Stateline gets grazed by light snow showers. The snow starts up by late Friday afternoon and continues through Friday evening. We should see dry weather again after midnight Friday night.

Up to 1" may fall, mainly east of Freeport. While that may not sound like much, that could be enough to create slippery roads. Drive with care throughout Friday evening.

The nuisance snow is out of our hair by the weekend, though a colder weather pattern takes over for the long haul.

The weekend turns quiet and dry but starts struggling to warm again. Look for the middle 20s both days this weekend. Single digit temperatures are likely Saturday night.

Next week, the cold air relaxes a little. Monday and Tuesday warm into the low 30s, but that may be the warmest we see in a while. Another drop takes us to the teens for highs by Thursday.

A harsher wave of Arctic air may arrive by next weekend, which could lead to single digit high temperatures. A cold pattern may hold on through the end of the month, meaning temperatures may struggle to get above the 20s.

Alex Kirchner is the Chief Meteorologist at 13 WREX. Alex is a Certified Broadcast Meteorologist, and his work at WREX earned him a Best TV Weathercaster award from the Illinois Broadcasters Association, a regional Murrow award and 2 regional Emmy awards.