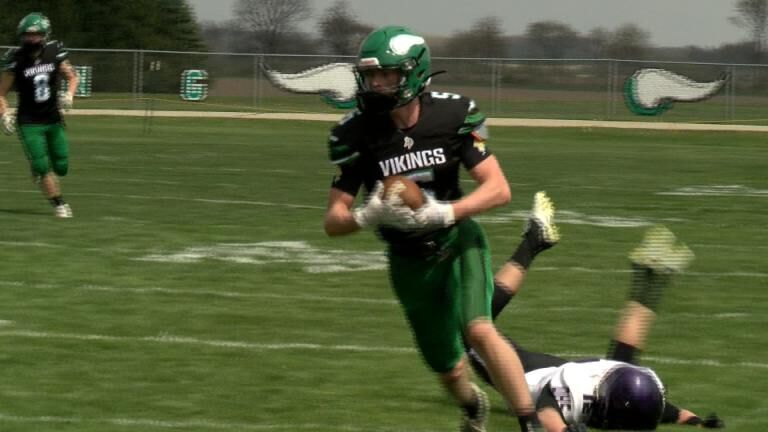 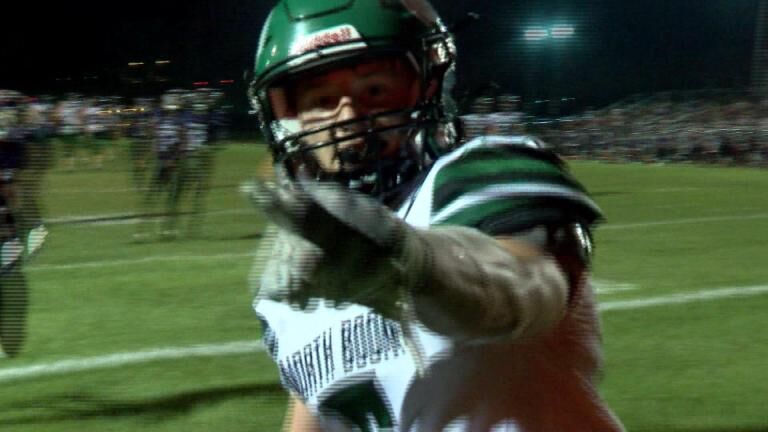 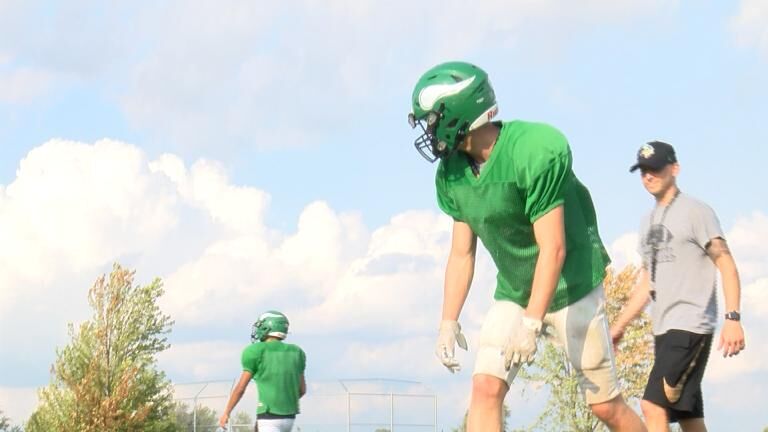 POPLAR GROVE (WREX) — Anyone that attends a North Boone football game is likely to see Will Doetch make a big play. Doetch is clutch, and can catch almost any pass thrown his way.

"It's great to watch Will Doetch, such an electrifying player," said senior right tackle and longtime friend Mason Danner. "What he can do, a lot of people can't do and he's one of the best receivers in the conference."

What makes Will so good? His work ethic. Not only does he work on his craft in practice, but he sees a wide receiver coach three days a week to work on his game.

"I work on it all the time," said Doetch. "I know when to make certain cuts and stuff like that. Cones, drills, footwork, everything. Just keep doing it, repeating it."

Doetch blossomed early in his high school career, and a big opportunity to work with a receiving coach on the side came along, which has been key to his game.

"I was brought up as a sophomore (to varsity) and I was just playing as a receiver and I didn't go train on my footwork or anything and I was like, I think I want to keep doing this," said Doetch. "So I found someone and have been working at it ever since."

First year varsity coach Ryan Kelley has the honor of coaching an athlete like Will Doetch, and drew a specific comparison to what it feels like to watch him excel.

"It's pretty close to being proud of your son or daughter for something that they do," said Kelley. "I'm sure it's somewhat of a similar feeling. Like I said you know all the hard work they've put in and everything that's gone into their journey so it's fun to see things pay off like that."

Will Doetch, enjoying his last year as a Viking, while catching every opportunity coming his way.

Dakota gets hot and beats Lena-Winslow