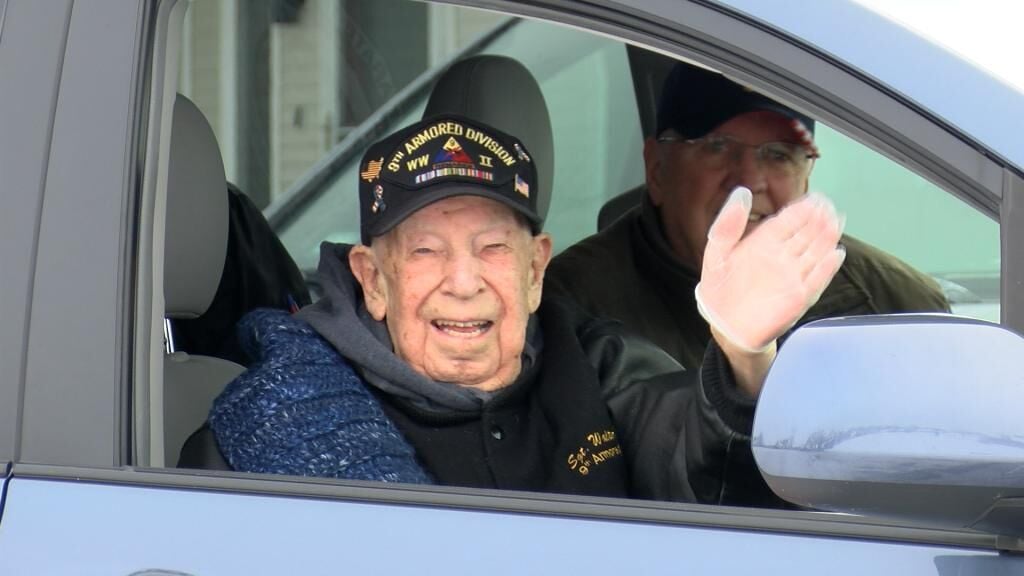 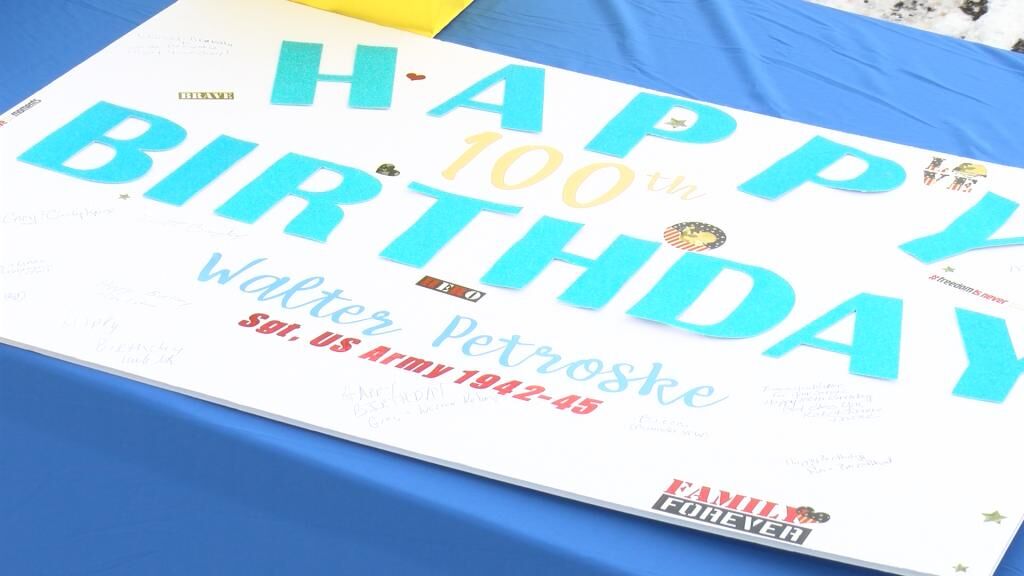 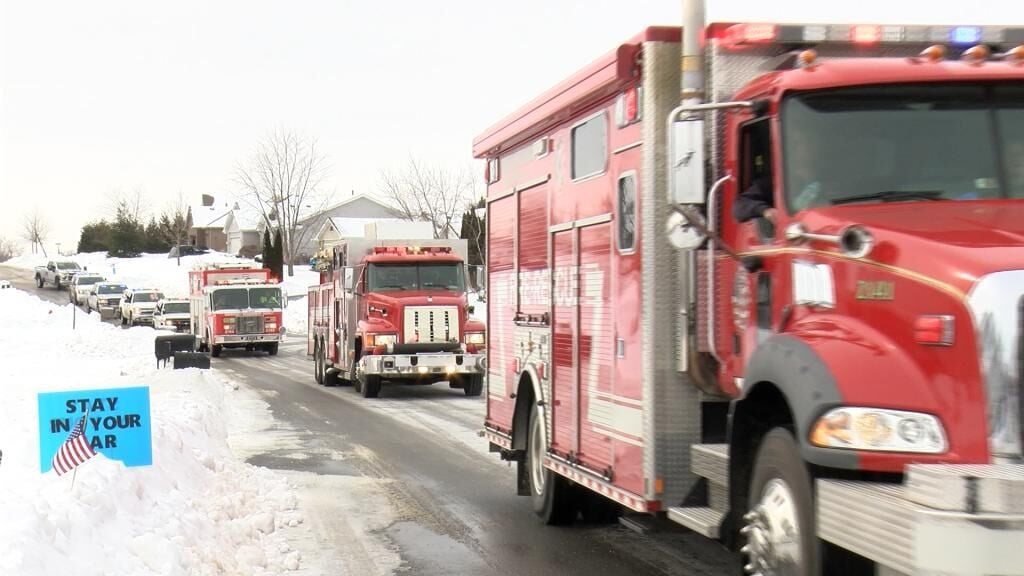 POPLAR GROVE (WREX) — Not many people get to celebrate 100 years but one Stateline World War II veteran did on Wednesday. Dozens wanted to recognize Walter Petroske's birthday milestone and honor his service with a drive-by parade.

"We really are blown away. It's so touching. I mean I even see the police lining up," said Petroske's Granddaughter Colleen Kennedy.

Walter Petroske is a hero to those in Poplar Grove and beyond, serving in the U.S. Army from 1942 - 1945 and earning multiple awards.

"He was one of the men that was disarming the bombs under enemy fire on the Remagen Bridge, which was the last bridge that was leading into Germany at that time, and they were detonating the explosions," said Kennedy. "He was in Battle of the Bulge; we know that had just huge casualty numbers."

"I think there is a lot of patriotism and a lot of appreciation especially for our WWII Veterans," said Boone County Veterans Assistance Commission Superintendent Robert Ryder. "When we have an opportunity to say thank you to some of the few that are remaining, I think everyone wants to jump on board with that."

After planning for a month, posting on social media and talking to family and friends, Kennedy says more than 100 letters poured in from across the state, across the county and even from Canada.

"He just can't get over it. He's just like, 'Wow, they don't even know me. They don't know anything about me and there's just so many,' and many from fellow veterans from other wars," said Kennedy.

The North Boone High School Band made a special appearance along with the Belvidere Honor Guard and horses from BraveHearts.

"It's so refreshing to see such a strong response," said Kennedy.

Volunteers, organizations and all those who drove by wished Petroske a happy birthday and showed appreciation for his service.

The Village of Poplar Grove will also be installing a flag pole at Petroske's house this spring.