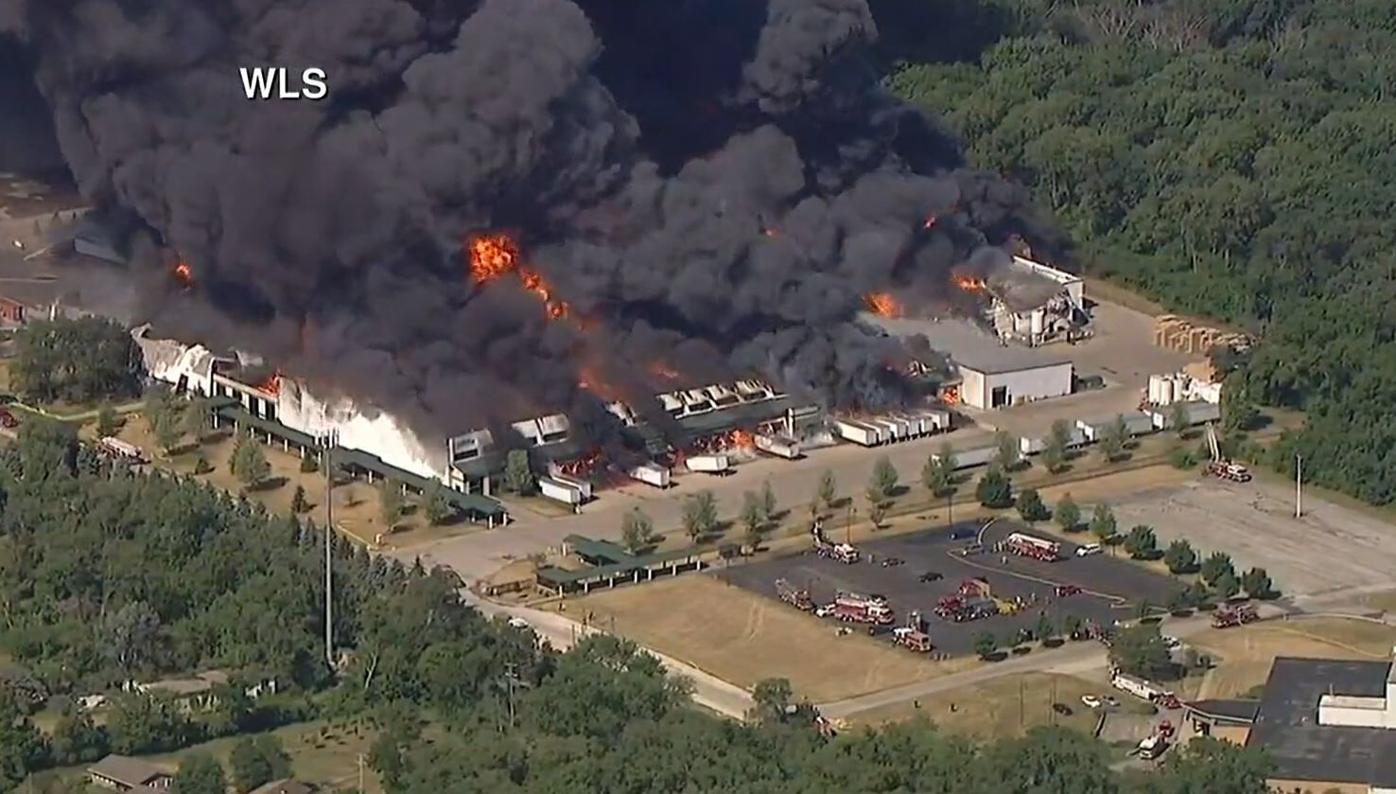 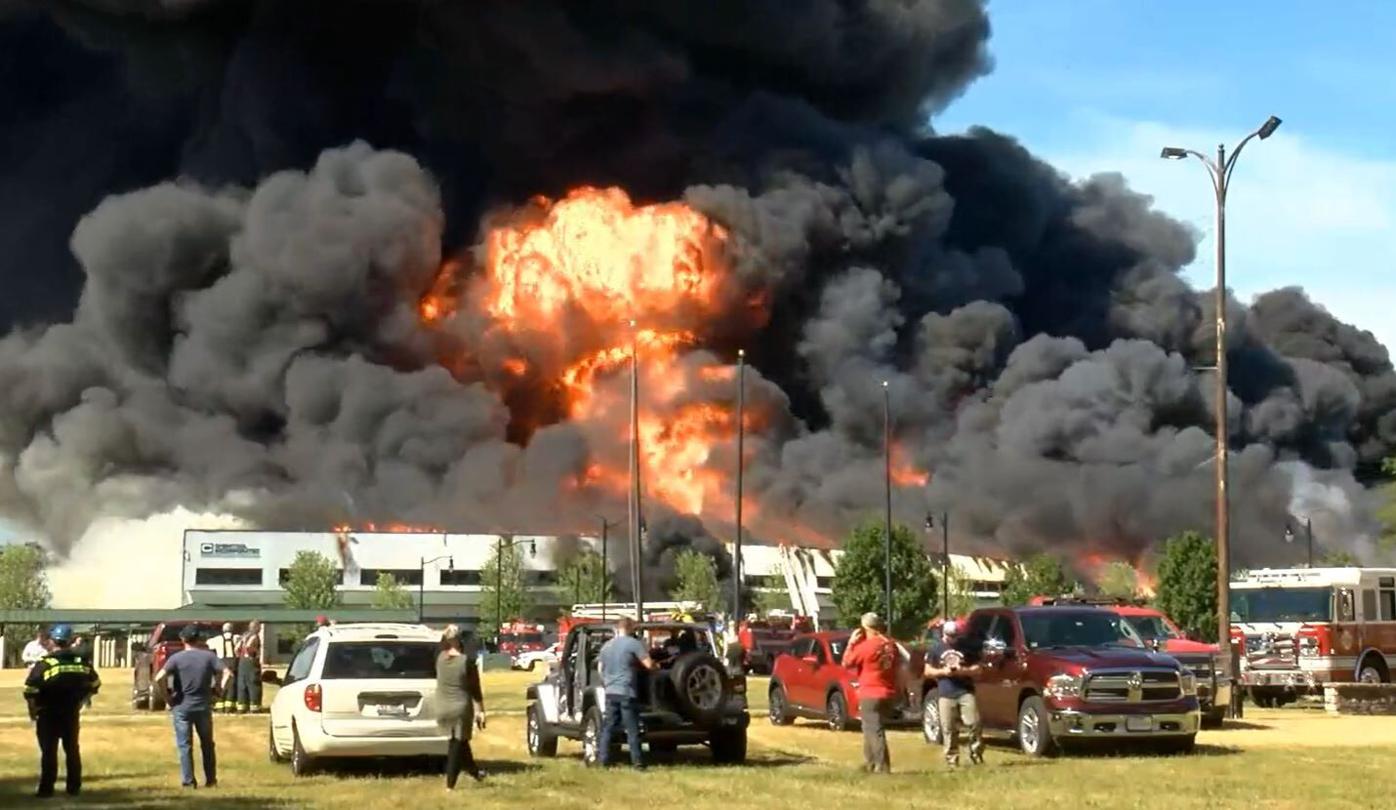 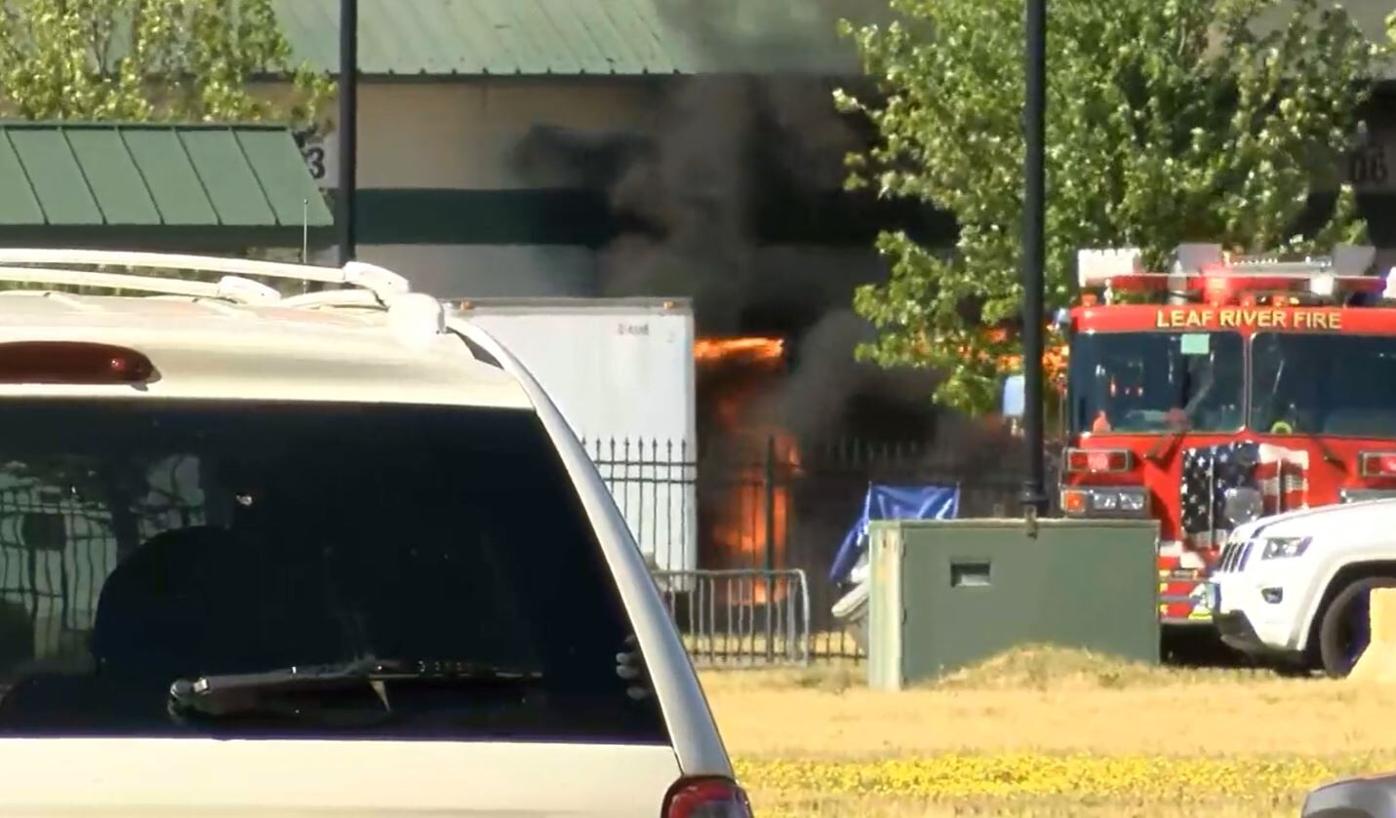 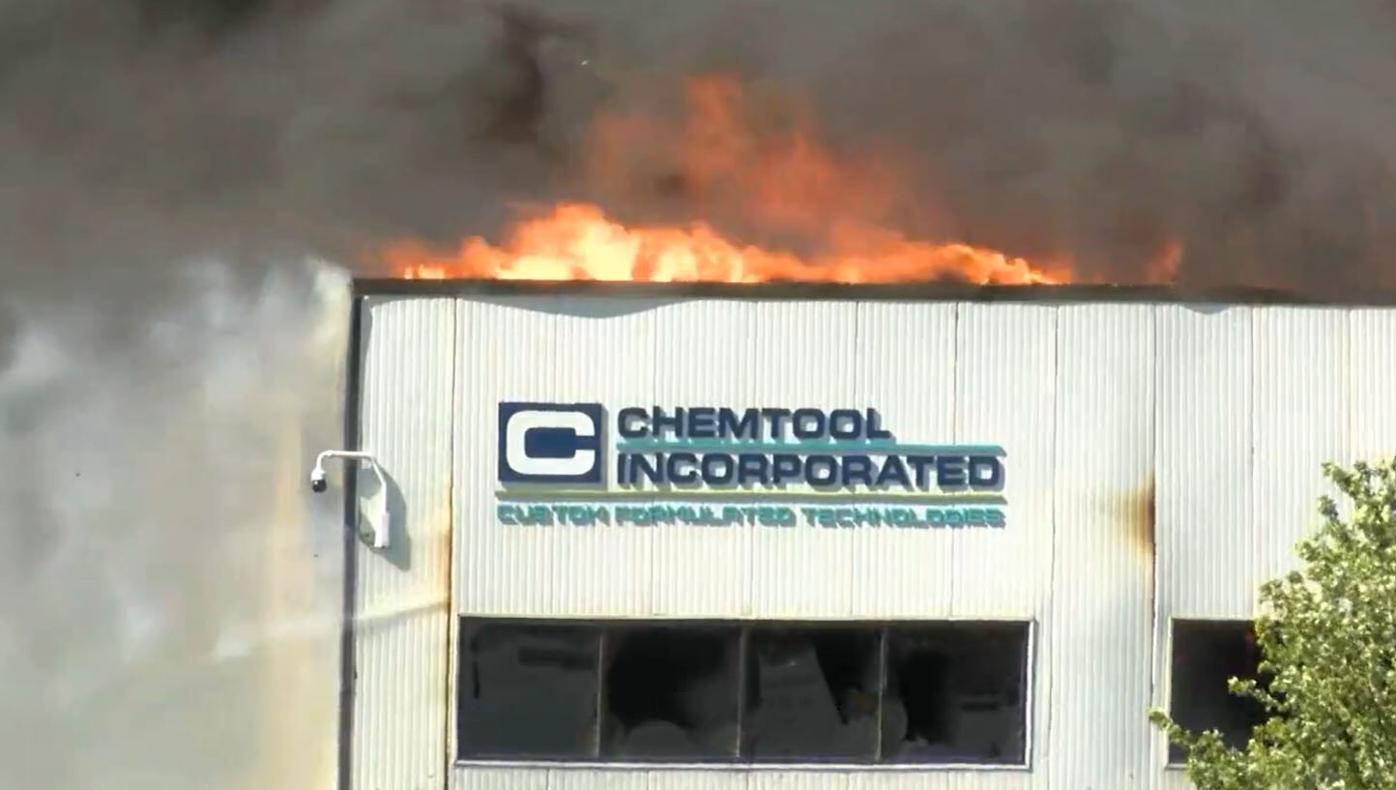 UPDATE: ROCKTON (WREX) — Rockton Fire Chielf Kirk Wilson says it may take days before the full effects of the Chemtool Plant fire in Rockton are gone.

According to Wilson in a news conference at South Beloit High School around 11:30 a.m., all 70 employees at the manufacturing plant were able to get out safely before the blaze consumed the building.

The fire was reported shortly after 7 a.m. Monday morning.

When fire crews got on scene, flames had already made their way through the roof, causing the clouds of black smoke still being seen across the stateline.

At least 40 agencies and 150 fire personnel responded to this fire.

Everyone within a mile radius was told to evacuate the area, being route to Roscoe Middle School.

According to Chief Wilson, this fire does not pose an immediate danger to the community.

Air quality is considered to be safe at this time, but multiple agencies are working to maintain that confidence.

Officials also say they are allowing the fire to burn itself out to avoid any potential enviornmental issues.

That being the case, Chief Wilson says it may take "several days" before this fire is fully extinguished.

The Mayor of Rockton also spoke on the future for Old Settler's Days, expected to start this Thursday.

He said it will be a waiting game to see the effects of the fire, but the plan is to move ahead with the event as scheduled.

The cause of the fire is currently under investigation, but Wilson plans to have more information on that later Monday afternoon.

Roscoe Middle School is the evacuation site for anyone within one mile of the plant.

The massive 4-alarm fire broke out around 7 a.m., at the plant, 1165 Prairie Hill Road. A "full-scale" evacuation is underway, with everyone within one mile of the plant ordered to evacuate.

Other information, including how the fire started and whether anyone is injured, is not available at this time.

Chemtool issued the following statement about the fire:

"At approximately 7 a.m. today, local emergency personnel responded to a fire at the Lubrizol Corporation’s Chemtool Facility in Rockton, Ill. We have confirmed all on site are safe and accounted for. Our concern right now is for the safety of all our employees and the surrounding community. As a precaution, authorities have evacuated residents in a one-mile radius of the site.

We do not yet know what caused this incident, but we will be working with local authorities and with our own risk management team to determine what happened and identify any corrective actions. We will share more details as they are known. We are grateful to our employees, first responders and safety forces responding to this incident."

Chemtool’s website says the company “is a premium manufacturer of grease in the Americas.” The company’s corporate headquarters, a research laboratory and one of its production facilities is located in Rockton.

The company was founded in 1963 by James Athans and was initially privately held. Chemtool moved to its current location in Rockton in 2009. It’s been through several ownership changes and was most-recently purchased by the Lubrizol company in 2013.

13 WREX has a team on scene and in Rockton gathering more information.

US official: 2020 census to end Oct. 5 despite court order