ROCKFORD (WREX) — Charges against a Rockford Police Department officer has have been dismissed.

According to documents obtained by 13 WREX, the court determined the state and one of its witnesses knowingly misled the Grand Jury.

"The state clearly used, at a minimum, highly misleading, highly inaccurate, and given Basile's interview statements, false testimony on the issue of whether Basile admitted — "told me" — he sexually assaulted Jane Doe," the document read.

The Winnebago County State’s Attorney’s Office intends on filing a motion to reconsider the judge’s ruling and will file an appeal if necessary, according to State's Attorney J. Hanley.

Basile's attorney filed a motion to have the case dismissed back in May after a judge denied a dismissal for Rockford Police Officer Eric Thurmond.

Basile was charged for an alleged rape that happened on Oct. 11, 2019.

Basile, a 19-year veteran of RPD, was put on administrative leave once Rockford Police started investigating the alleged rape on October 12, 2019.

The case is set for status on December 28th for hearing on any motions that either party may wish to file.

You can read the full recap of the case below. 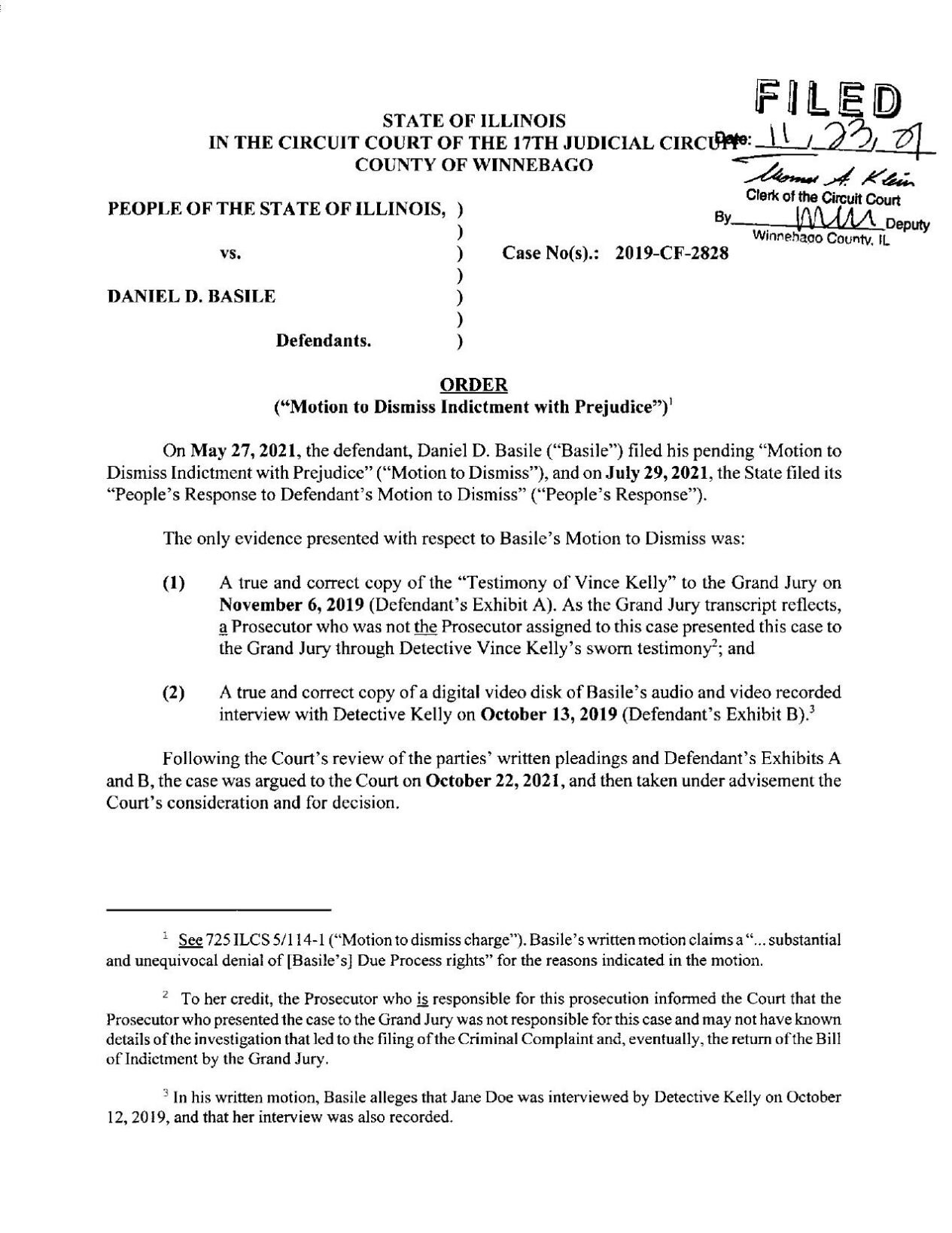