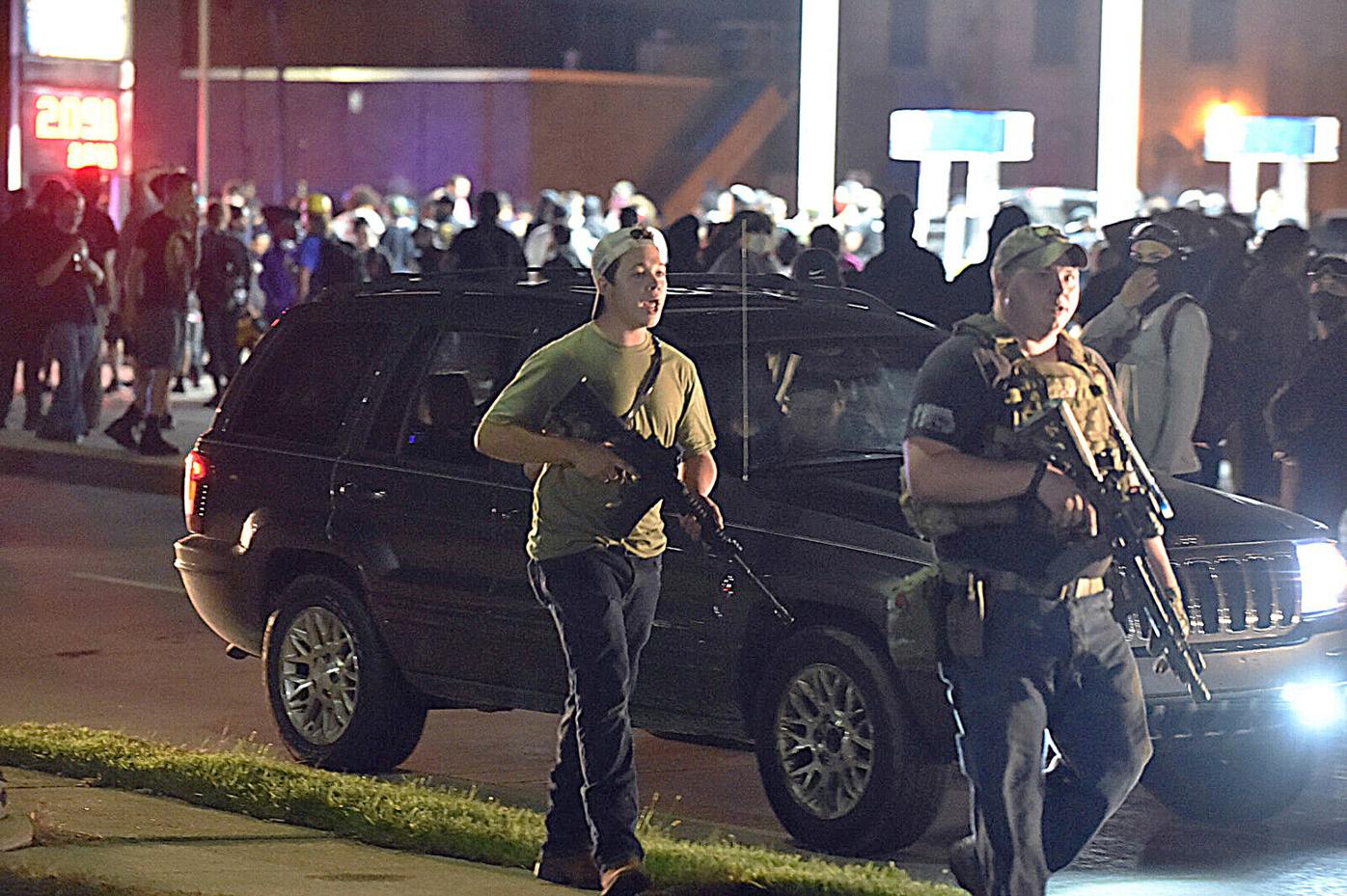 Opening statements are expected to begin on November 2 in the homicide trial of Kyle Rittenhouse, seen here on the left in Kenosha, Wisconsin in August 2020. 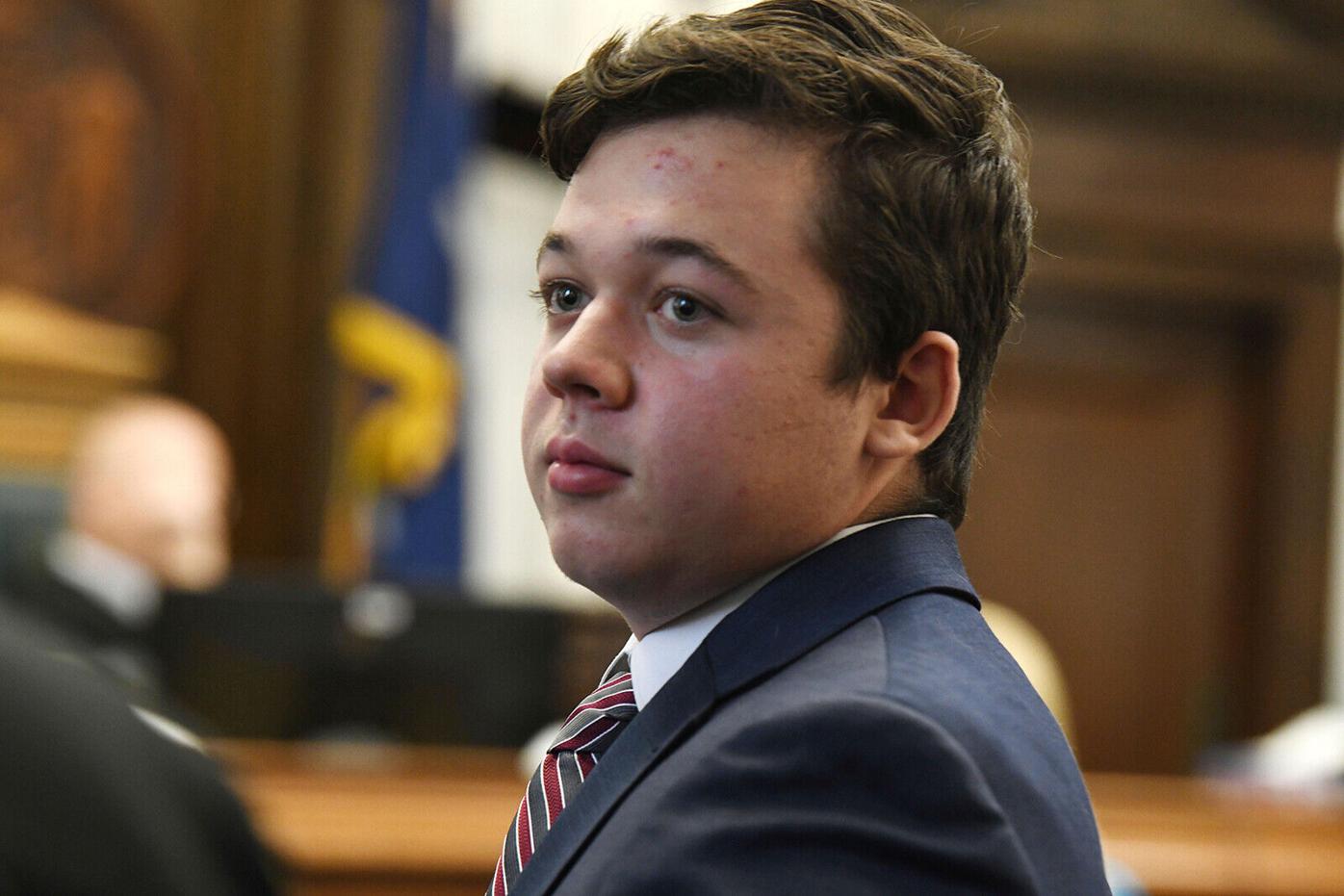 Kyle Rittenhouse, the armed Illinois teenager who killed two people and wounded another during unrest in Kenosha, Wisconsin is seen here on October 5.

Opening statements are expected to begin on November 2 in the homicide trial of Kyle Rittenhouse, seen here on the left in Kenosha, Wisconsin in August 2020.

Kyle Rittenhouse, the armed Illinois teenager who killed two people and wounded another during unrest in Kenosha, Wisconsin is seen here on October 5.

Opening statements began Tuesday in the homicide trial of Kyle Rittenhouse, the armed Illinois teenager who killed two people and wounded another during unrest in Kenosha, Wisconsin, last summer, in a case that will test the distinction between self-defense and vigilante killings.

The trial is expected to last just over two weeks and will be televised, Kenosha County Circuit Judge Bruce Schroeder said in court. A jury of 20 people, made up of 11 women and nine men, was selected Monday, according to a pool reporter in court. That number will be reduced to 12 when deliberations begin.

The case stems from Rittenhouse's actions in the wake of protests after a police officer shot Jacob Blake in August 2020, which left Blake paralyzed.

After a day of unrest in Kenosha, Rittenhouse traveled to the city from his home in Antioch, Illinois. On the night of August 25, carrying an AR-15-style rifle and a medical kit, he clashed with people gathered near a car dealership and fatally shot Rosenbaum, according to a criminal complaint.

Others at the scene pursued Rittenhouse, 17 at the time, who then fatally shot Huber and wounded Grosskreutz, the complaint states.

Prosecutors say Rittenhouse's actions constituted criminal homicide, but his attorneys say he shot the men in self-defense. Wisconsin law requires when a self-defense claim is raised, prosecutors must disprove self-defense beyond a reasonable doubt -- a difficult obstacle.

"It's a pretty substantial burden for the prosecution to do that and I think that's going to be where the real challenge for them lies," said John Gross, a clinical associate professor and the director of the Public Defender Project at the University of Wisconsin-Madison Law School.

The jury will have the all-important task of assessing whether Rittenhouse's actions were reasonable and constituted self-defense.

"We want the jury to be a check on the power of the state and to enforce community norms," said Cecelia Klingele, an associate professor of law at the University of Wisconsin-Madison. "So when the law requires that force is used reasonably, we want our community to decide what is or isn't reasonable."

The teenager rapidly became a polarizing figure in the country's pitched partisan battles during last summer's Black Lives Matter protests, which led to instances of violence in Minneapolis, Atlanta, Philadelphia and elsewhere. Rittenhouse's presence in Kenosha was also part of what experts warned is a rise in amateur armed paramilitary groups at protests nationwide.

How the night of August 25 unfolded

The violence in Kenosha, a city of about 100,000 people, came amid a tense summer of protests and unrest as masses of people denounced how American police treated Black people.

Rittenhouse, from nearby Antioch, had an affinity for guns and supported "Blue Lives Matter" and then-President Donald Trump, according to his social media accounts. In videos posted to a TikTok account, individuals can be seen taking part in target practice and assembling a long rifle.

On August 23, 2020, a Kenosha Police officer shot Jacob Blake, a 29-year-old Black man, multiple times in the back. The shooting was captured on cellphone video and quickly spread online, leading to outrage and protests as well as violence and destruction over the next few days.

Some people -- including a number who did not live in Kenosha -- took the matter of safety into their own hands. Rittenhouse was among them.

Wearing a green T-shirt and a backward baseball cap, the armed Rittenhouse walked the streets of the city on the night of August 25 with a group of armed men, video and photos from the protests show. Hours after curfew, Rittenhouse was walking down the streets near a car dealership holding what investigators later determined to be "a Smith & Wesson AR-15 style .223 rifle," the criminal complaint against him states.

The complaint says Rittenhouse clashed with people gathered near the car dealership for reasons not specified.

As Rosenbaum lay on the ground, Rittenhouse made a call on his cell phone and said, "I just killed somebody" as he ran away, the complaint alleges. A journalist who was following the suspect and the victim at the time provided investigators with more details on what happened. He told investigators the man shot was trying to get the suspect's gun, according to the complaint.

Another video shows the suspect running from the scene followed by people in hot pursuit.

Rittenhouse then pointed his gun at a third male, later identified as Grosskreutz, who was holding a handgun, the complaint states. He was shot in the right arm and took off in the opposite direction screaming for a medic while the defendant walked away, the complaint alleges.

Rittenhouse left the shooting scene still armed and walked toward officers with his hands up, but police passed by him without arresting him, video shows. He ultimately went home and turned himself in at his local police department the next morning.

He was extradited to Wisconsin to face charges and released after posting $2 million in bail.

A short break from the rain and wind arrives

Next on FDA's agenda: Booster shots of Moderna, J&J vaccines