COOK COUNTY, Ill. (WREX) — A Cook County Judge has held the director of the Department of Children and Family Services (DCFS) in contempt of court in two separate cases.

In both cases, the court ordered fines of $1,000 per day, every day, until Smith complies with the orders.

According to court documents obtained by 13 WREX, the first case involves a now 9-year-old girl.

Court documents say the girl has been in a psychiatric hospital since April 24, 2021 and has been ready from discharge from that facility since June 1, 2021.

On Jan. 6, 2022, Director Smith testified he and his agents and attempted to find an appropriate placement for the child, saying most of the residential facilities turned her down, according to court documents.

During the search, one facility did accept the girl, but had no openings for her at the time.

The girl has been ready for discharge for 224 days.

Director Smith is being held in contempt of court for a second case-this one involving a 13-year-old boy.

Court documents say the boy, who has mental health issues, was placed in a temporary shelter in Mount Vernon, Illinois on Aug. 14, 2021. The shelter is about 280 miles from his mother in Chicago.

The shelter's website says it is a temporary placement of no more than 30 days. However, the boy has now been at the temporary shelter for 145 days.

on Jan. 6, Director Smith and his agents testified they attempted to find an appropriate placement for the child.

One of the agents who testified was the regional director of DCFS, Jacqueline Dortch.

Eight foster agencies had declined and two are still open. She agreed that DCFS had recommended family therapy, individual therapy and in-home parent counseling, but that because of the distance between Mount Vernon and Chicago the first and third component could not be accomplished.

Dortch testified the boy does not require residential care, but should be care but should be placed in an appropriate foster home, specialized or therapeutic. She further agreed that the temporary shelter in which the boy is now housed “mirrors” a residential facility.

You can read the full court documents for each case below.

DCFS provided the court with statistics on Nov. 30. According to the stats provided by the court, 58 children statewide, and 18 in Cook County, were detained in psychiatric facilities beyond their discharge date. According to the same statistics, 159 children statewide and 52 from Cook County were detained in residential facilities past the date on which they were ready to be discharged.

However, the agency has opened less than 30 of the therapeutic homes to-date.

The director is not being fined or held in contempt for that violation, but for his refusal to follow valid court orders that he comply with the statutory and constitutional mandates and provide adequately for the child in each case, according to the judge.

You can read the court documents for each case below. 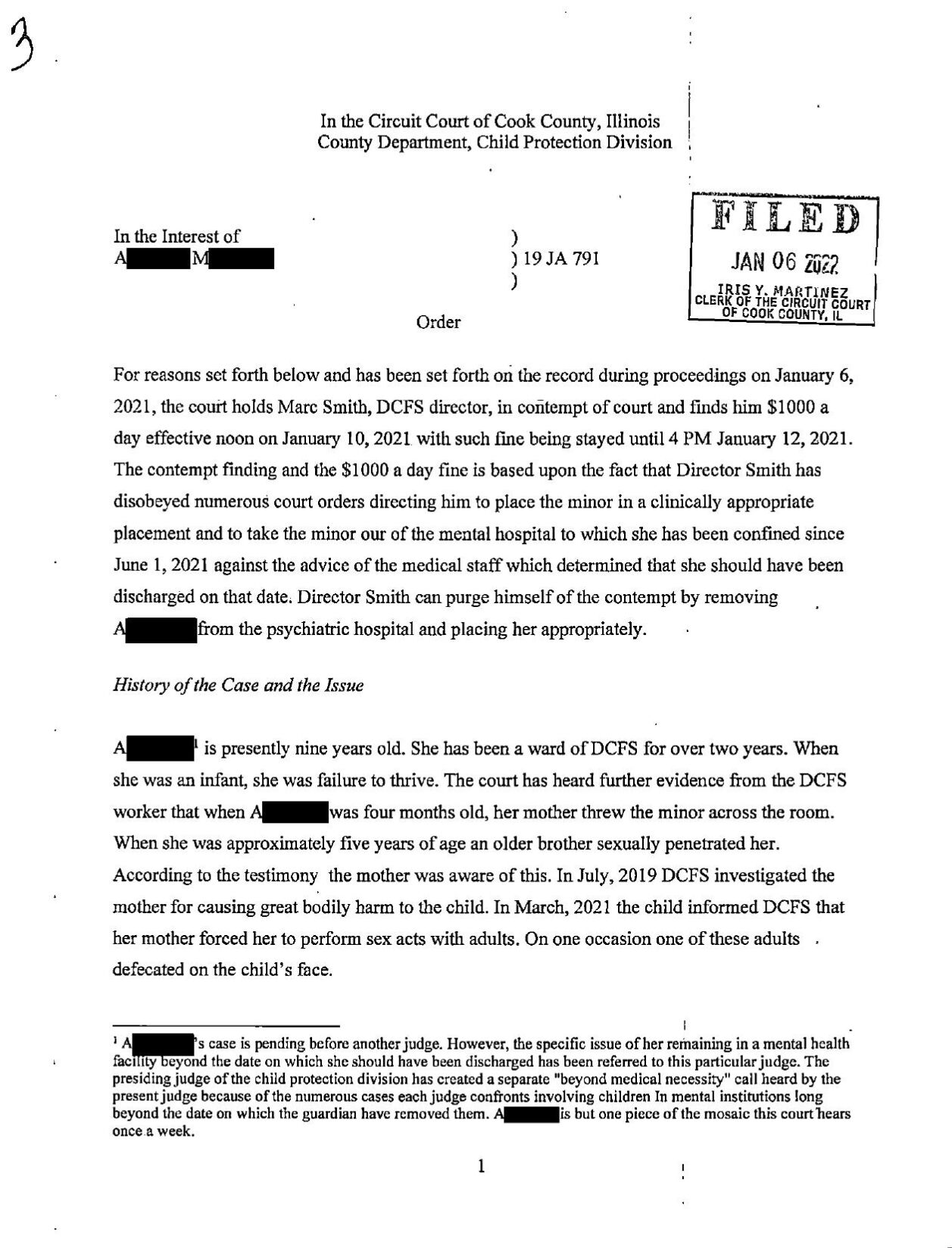 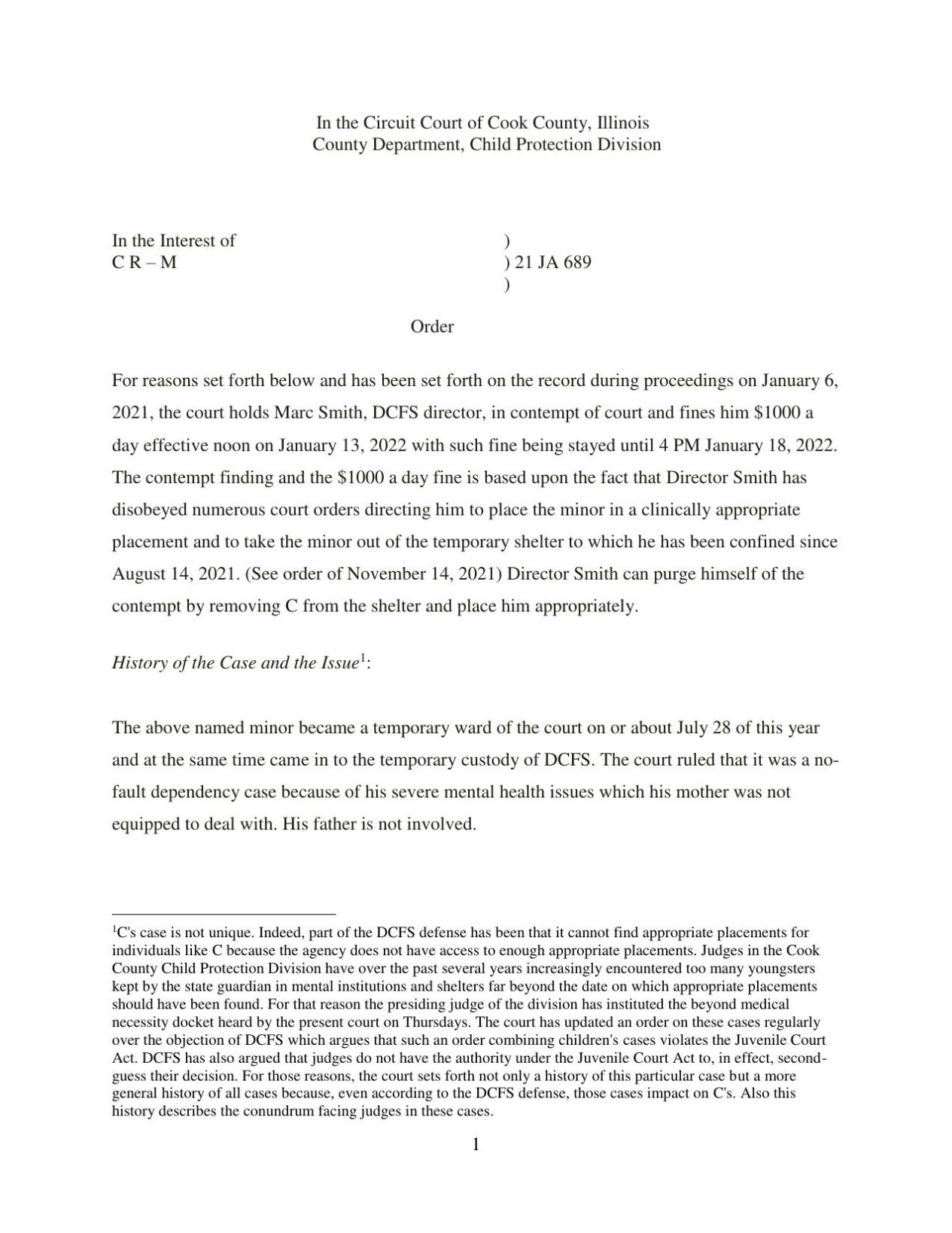 Pritzker on lawsuit: ‘This was a cheap political stunt’

Pritzker: Illinois is competing in a ‘wild, wild west’ for medical supplies