SPRINGFIELD, Ill. (WSIL) — An Illinois Senator wrapped up in a federal embezzlement investigation has resigned.

His resignation came just before his attorney told a federal judge the lawmaker would soon plead guilty in an embezzlement case.

U.S. District Judge Robert Gettleman scheduled a March 8 hearing for Cullerton's plea at the request of Cullerton's defense attorney. A Cullerton spokeswoman later told the Chicago Sun-Times she would have no comment until Cullerton's case is fully resolved.

The 2019 case has been delayed multiple times because of the pandemic. Cullerton had been scheduled to face trial in April on 39 counts of embezzlement and other charges.

Cullerton is accused of collecting $188,320 in salary, bonuses and cellphone and vehicle allowances from Teamsters Joint Council 25 between March 2013 and February 2016, as well as $64,068 in health and pension contributions, while doing little or no work for the labor union. He also allegedly collected $21,678 in reimbursed medical claims.

From March 2013 through February 2016, the indictment alleges, Cullerton ignored union officials' requests for him to do his work as an organizer but collected $188,320 in salary, bonuses, and cellphone and vehicle allowances.

Illinois Senate President Don Harmon issued the following statement regarding the vacancy in the Illinois Senate created by the Wednesday resignation of Sen. Tom Cullerton.

“Tom Cullerton served his constituents in the 23rd Senate District for nearly a decade. I look forward to welcoming and working with a new senator from the district. We’ve got a lot of work to do for the people of Illinois.” 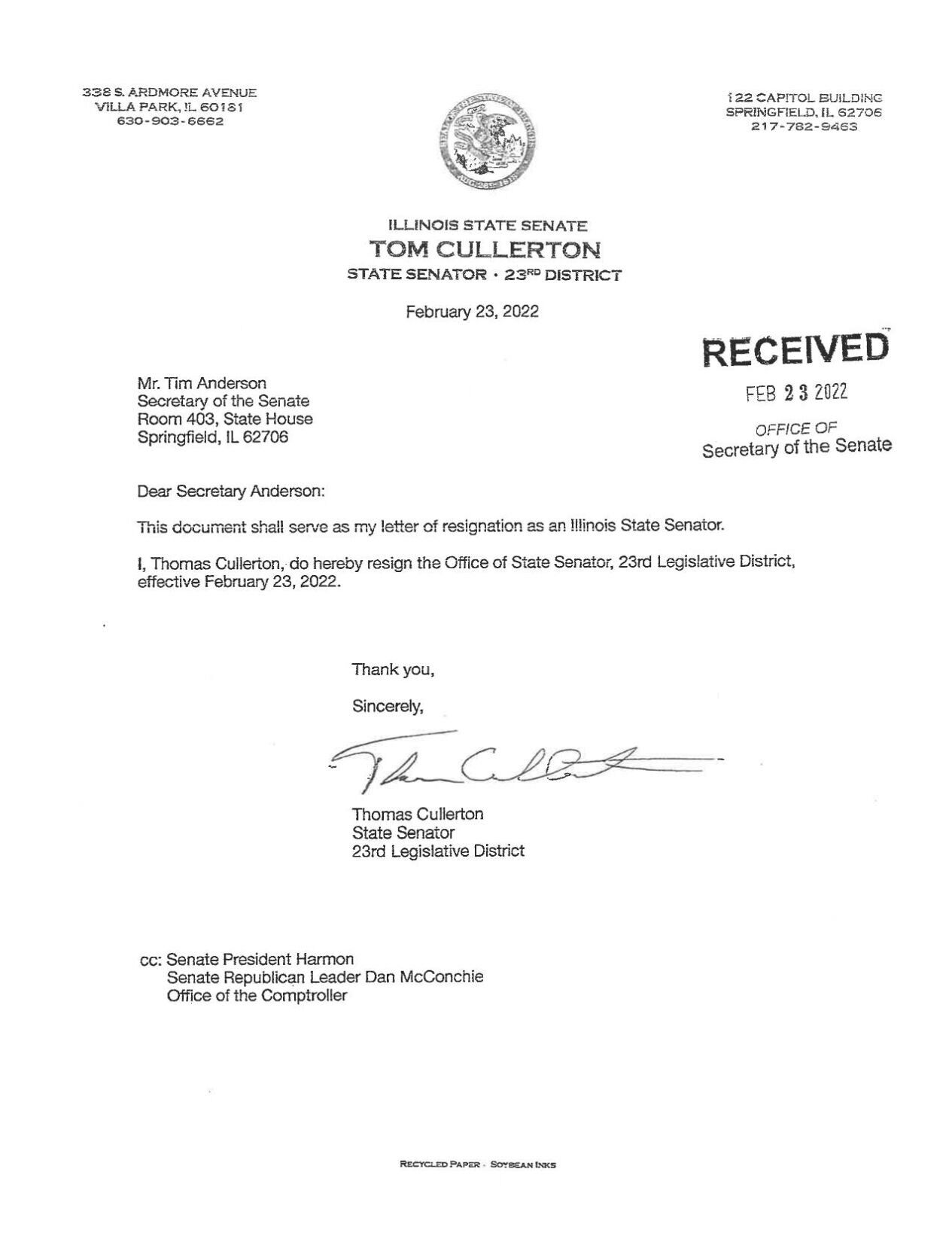