FREEPORT (WREX) — Joann Farnsworth has lived on her block for 16 years, but she only has to go back a few months to point in every angle around her neighborhood for shootings and murders happening right by her home.

"The sirens that we hear right now, We hear them all the time here," Farnsworth said.

It echoes a strong of violence which Freeport Police Chief Matt Summers says has to change.

"We need our community to say I'm tired of this," Summers said. "I don't want to lose any more children. I don't want to talk to any more parents and tell them I'm so sorry for your loss. It's out of control."

Summers says the reason there's more violence is because he only has 75% of his full staff working. Instead of 47 officers on the streets, Freeport only has 35 sworn officers working which he says could falter soon if things don't change.

"Sooner or later, those officers providing the security and protection here is going to run out and then we're going to have a real shortage and a real problem," Summers said.

Summers believes that staffing shortage and recent violence is because of the state and JB Pritzker's Safe-T Act. However, according to a Freedom of Information Act Request, shots fired, shootings and murders are either comparable or lower than last year. 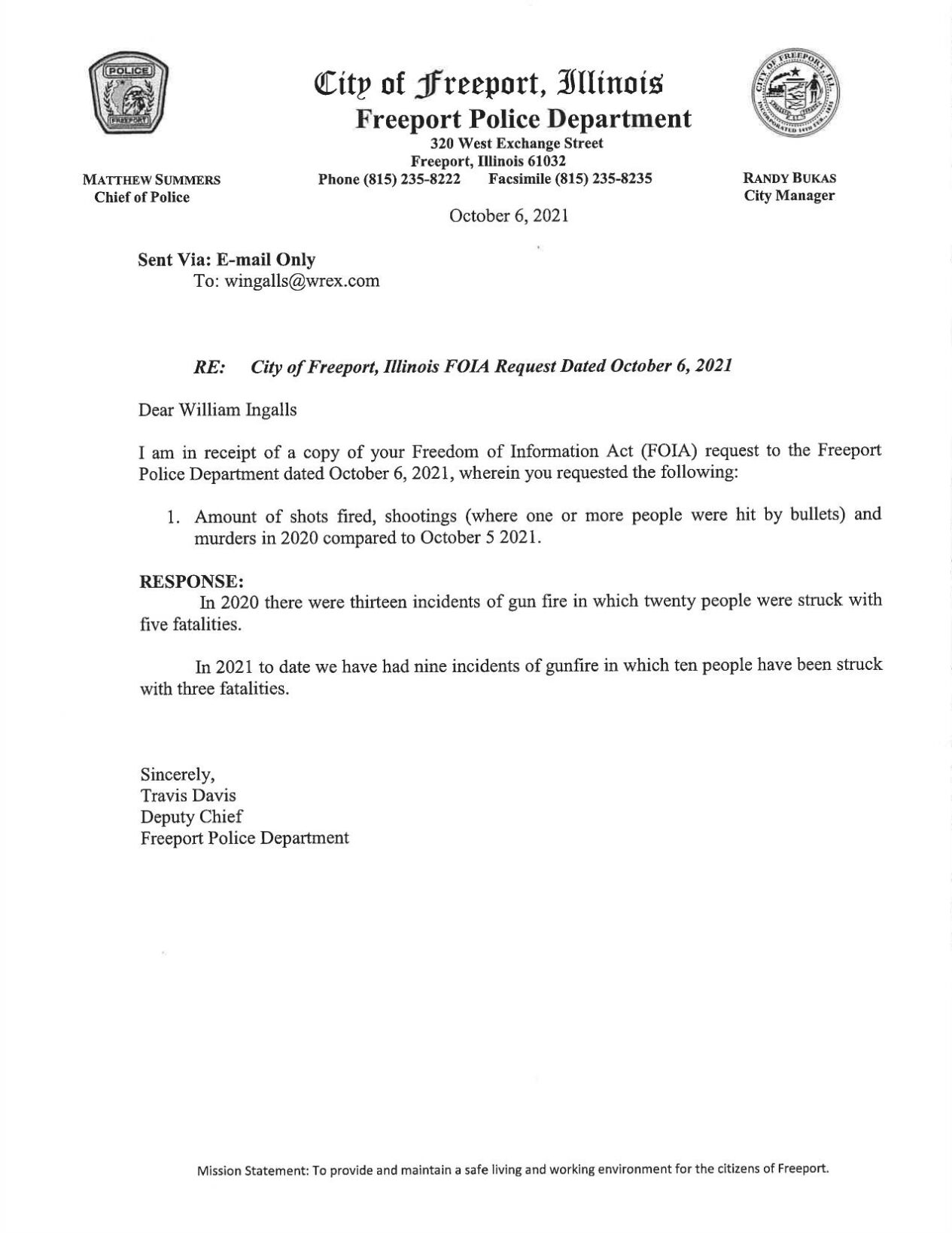 Freeport Police have only reported two shootings since that FOIA to WREX, which include three people hit and two murdered.

William Ingalls is the Investigative Reporter at WREX. He joined the team in 2019 as a photographer after graduating with a Bachelor's Degree in Journalism and English from Augustana College. William was born and raised in Rockford.

Chicago woman in custody after stabbing in Rockford

One person recovering from stabbing in Rockford