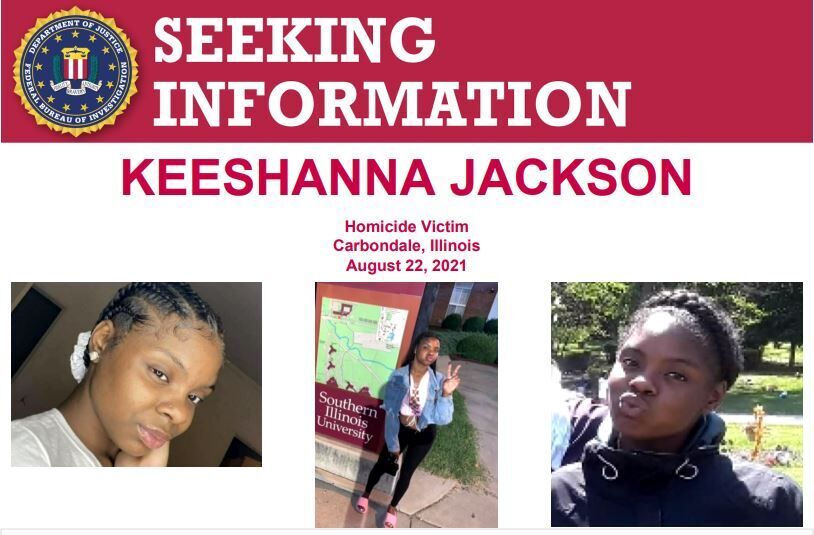 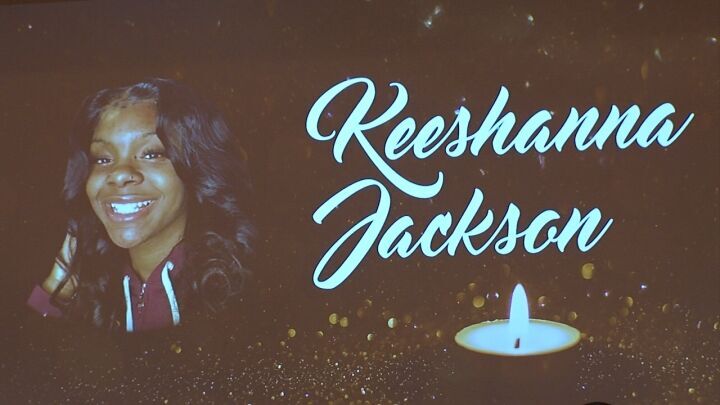 CARBONDALE (WSIL) -- The FBI Springfield Division is offering a $10,000 reward and Carbondale Police is offering a $5,000 to anyone with information that leads to the arrest and conviction of the subject(s) involved in the August 22, 2021 murder of Keeshanna Jackson in Carbondale.

Jackson was attending a party at 501 W. Cherry Street when Carbondale Police responded to a report of shots fired at that location. Upon arrival, officers found Keeshanna Jackson in the yard with a gunshot wound. She was transported to the hospital and later pronounced dead.

The shooting that killed Jackson also injured three others. Those victims have been identified as:

Carbondale Police believe there may be multiple shooters involved in the incident and numerous witnesses with information.

“The Carbondale Police Department along with the FBI and other law enforcement partners continue to investigate this case to bring justice to Keeshanna and her family,” according to Carbondale Police Chief Stan Reno. “We want anyone with information to assist with this investigation to help us reach this goal and we are willing reward anyone who does.”

“FBI Springfield and Carbondale Police are actively pursuing leads in this investigation,” said FBI Springfield Special Agent in Charge David Nanz. “We hope $15,000 in reward money will encourage the public to come forward with new information and help bring the perpetrator(s) to justice.” 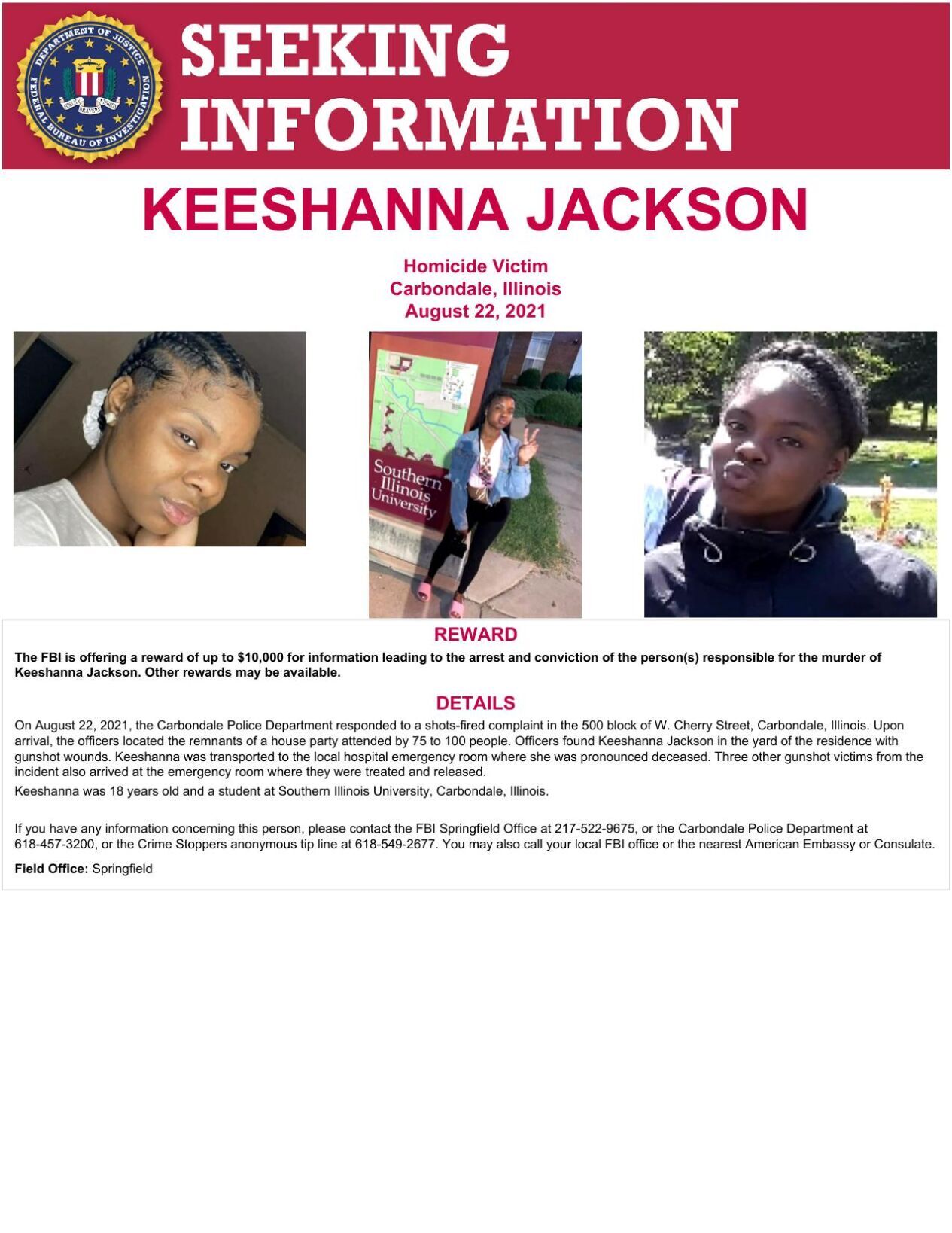 Have a news tip or story idea? Email us at news@wsiltv.com