ROCKFORD (WREX) — The Chicago-Rockford International Airport is under investigation for alleged OSHA violations after a former employee came forward claiming the airport exposed employees to hazardous chemicals and then denied them access to medical and exposure records.

Tim Schaffer said he worked at Rockford's airport from 1984 to 2003 as a public safety officer and served on the airport's firefighting unit where he was a part of fire drills. Schaffer said as an airport firefighter, he helped dispose of dangerous chemicals. He said he filed the OSHA complaints decades after he left the airport because many of his colleagues have since been diagnosed with cancer.

"If you go to enough of your friends' funerals and they're not that old, and you start thinking something is not quite right here," Schaffer said.

Schaffer and another former employee, Greg Jenson, told 13 Investigates that they helped dispose of dangerous chemicals, wore asbestos fire suits and were exposed to firefighting foam that contained PFAS.

According to Schaffer's OSHA complaint, the airport was unable to provide Schaffer and other employees their medical records, including records that contain exposure to hazardous materials. Employers are required by law to keep employee records for up to 30 years past employment.

"As several of us started to ask for those records, we found they didn't have them," Schaffer said "[The airport] denied a lot of issues that we were asking for that information, so we went to Illinois OSHA to file a complaint."

Schaffer also alleges aircraft firefighters were exposed to chemicals during training but were never given a list of what those chemicals were. Rockford's airport employed its own firefighters from 1975 up until 2004. Since then, the airport has contracted out firefighters.

OSHA said in a letter to the airport that it must provide its employee medical and exposure record retention policy to OSHA by Friday, Oct. 29.

The complaint further alleges that the airport did not have a formal, written hazard communications program that ensure hazards are communicated across the work site, nor were all of its containers labeled properly.

OSHA said that the airport must provide a written draft of a new hazard communications plan, including a plan for labeling containers. The draft is due Friday, Oct. 29. Documentation that the procedure is in place at the airport is due by Dec. 30.

Schaffer and Jensen said between 5 and 10 friends have been diagnosed with cancer or died from cancer, including Jenson, who was able to beat his cancer.

"You always just wonder, am I next? Or what am I going to come down with? After you survive it once, it changes you," Jenson said. "You just always want to be aware of what's going on and we found all of these different chemicals that were burnt that we were exposed to, it just makes you wonder."

13 Investigates will have more coverage on 13 News at 5 and 6, including the a sit-down interview with Schaffer and Jenson.

13 Investigates has reached out to the Rockford airport, but they have not provided a statement at this time. We will update this article with the statement from the airport once we receive it.

You can read the full letter by OSHA to the airport below. 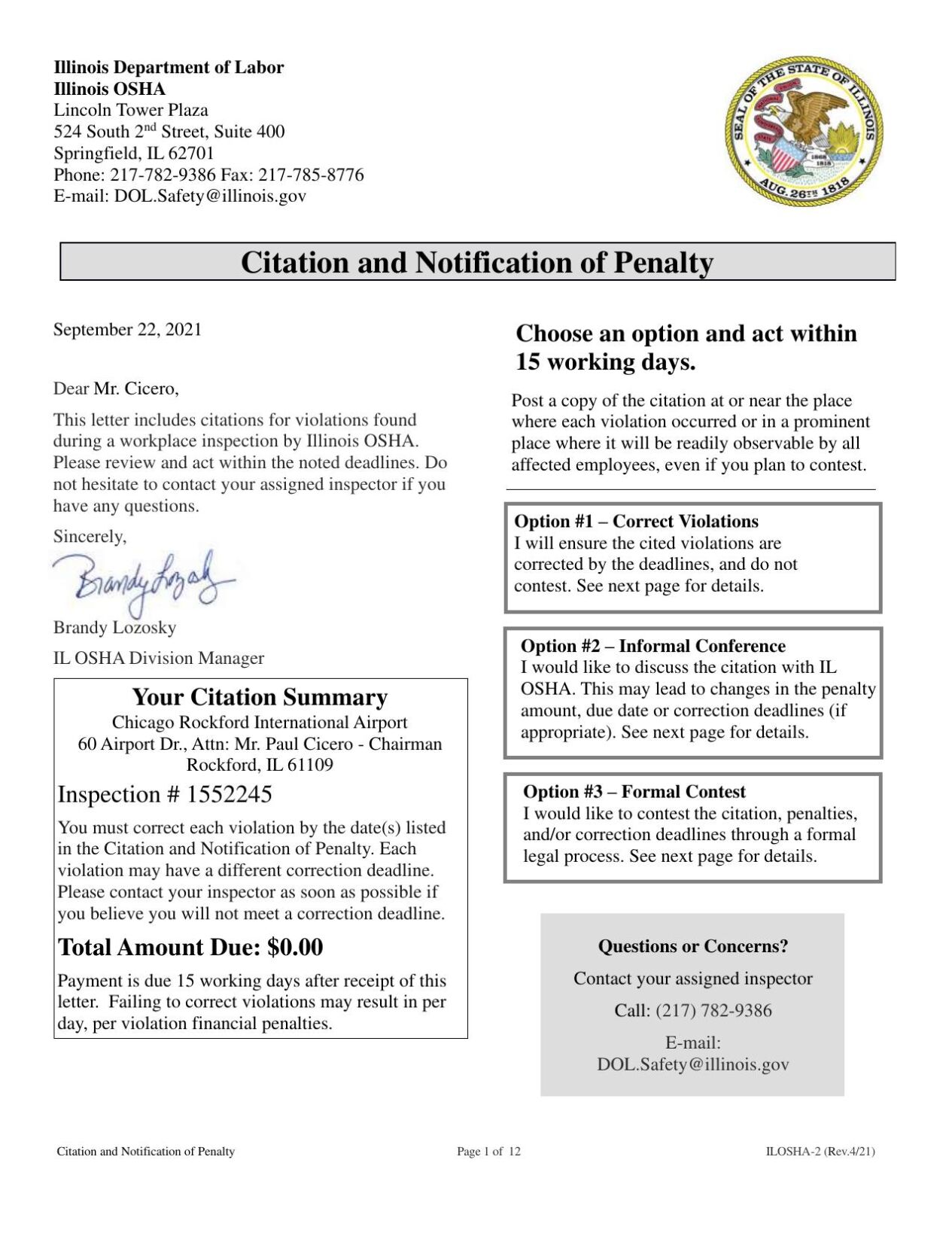